It’s time to head back to Write...Edit...Publish… for the last post of 2016.  This month the prompt is Utopian dreams, as enticing as all the others I’ve written to throughout this year.  A special year-end vote of thanks to Denise and Yolanda for creating and hosting this very special bloghop! Incidentally, this is my 500th post (yay! and....phew!) - it feels entirely appropriate to celebrate this milestone in the company of WEP-ers.

I started off writing something quite different in tone. But there were some dire news reports coming out around the time, so my story kind of went off track into something completely different.  At first I had thought I’d wrap up the whole thing in a thousand words and be done, but Heba the MC has other ideas….this story is now more than 5000 and no end in sight….so I am presenting an excerpt which adheres to the word limit.

This is the story of Heba the refugee, the Utopian dream in this case is Saeed’s, Heba’s eldest son’s, which remains unrealised in the story as he has already been killed by the time it opens.  Heba and the family have found asylum in USA where Saeed had dreamt of going. The resettlement becomes an ordeal for Heba through a series of circumstances, her insecurity and confusion rising with the campaign rhetoric and climaxing with the election results.  Saeed’s Utopian dream thus morphs into a nightmare reality in Heba’s life.

Nah...thanks, nothing that can be broken


I’m not committing to a thing
that can be broken, chipped, or marred.
The year can take me anywhere -
unending oceans, city squares
cut up neat between their boulevards,
edges soft with leafsilk lining.

I’ll not be making resolutions -
anything that’s hard to keep.
I’ll be easy in my shoes and skin.
The year is free to take me in
or throw me out, and I’ll sleep
on its pebbled grounds, or oceans.

I’m not running so panic stricken,
wringing hands, trembling with fright.
The path’s a thin thread but I’m on it
and everywhere I stop to sit
there’s birdsong and bread. Some trick of light
makes it a destination.

I have to admit I am not a very systematic person, especially where things like goals and resolutions are concerned.  One year (and I can't even remember which, so deep in my past this is buried) I came up with some vague phrases - try something new, be more mindful, work on patience, STOP panicking! and called them my resolutions and they looked good even after the year was over, and so I never bothered to make any fresh ones. They have served me perfectly well for as long as I have had them.

Last year try something new translated to a new recipe every month - looking back it feels way more energetic than I thought I could ever feel!  This year has whooshed past before I consciously got to grips with what new stuff I could try even. But I have ended up doing a bunch of things for the first time in default willing-spirit, woolly-brain, weak-flesh mode anyways, so I guess it's okay, I'm on track still.

That's all I am going to do for 2017 too - stay on track most of the time, and veer off whenever it feels it'd be worthwhile, and stop anywhere that looks like it has some cool birdsong :)  What are you planning to do with 2017?

The whole year’s a protest vote,
the entire world’s gone right.
Anxiety’s a rupee note
demonetised one night.
The hospital’s just a shell -
frontline for a proxy war.
The rose is a rose minus smell.
The sea’s a plastic tidal swell.
But the afternoon news at four
said democracy’s doing well,
what are you worried for?

It conquers all in the end
whichever road you take.
The foe of a foe is a friend
give protocol a break.
And sovereign countries are equal
but some are a little more.
The rose is a rose, the guns lethal.
The shop’s closed down, the meal’s frugal.
But the afternoon news at four
said the stock market’s doing well,
what are you worried for?

The anthems of the citizens small
are quite audibly low.
They plod, and trudge, they fight and fall
wherever they might go.
But the Defence is phenomenal -
from mountains to seashore.
The rose is a rose, media’s social.
This status's likely illegal.
This afternoon, the news at four
said by and large we’re doing well,
what are you worried for?

Still in stocktaking- and common-measure-mode, folks! :) Just a few more days to tote...I mean, before the holidays begin in earnest. To be honest, I get into holiday mode on 1st December itself.  But I have a milestone exam candidate in the house this year, so probably no travelling. Painful.  Big time cabin fever alert.

Though come to think of it, this might be just the chance to tie up all the loose ends and half-done writing projects abandoned because of lack of time or some other rubbish excuse....hmmm...

Wish you a lovely week and run-up to the year end.


The details slip, how blue the sky, how white
the foam, how high the waves rode in the sea,
rough or tranquil – and its exact degree.
The sharpness of the moment and its insight.

The image slips, whole edges blur with age,
some colours rub off, some fade’s added in,
things once intense and profound slowly thin,
covers wear, silverfish damage the page.

The hours slip, while I panic and clutch
at that elusive word, picturesque phrase
must nail it down, stick it in, or the haze
will take it all beyond reach, beyond touch.

And yet it slips, fast and slow, part by part
nothing is safe in the brain or the heart.

Have I told you about the final year-end challenge over at Write...Edit...Publish...? Sign up's today, post on or before 21st.  Off to start on my piece. Join in for an interesting, imaginative prompt and of course the gorgeous badges... 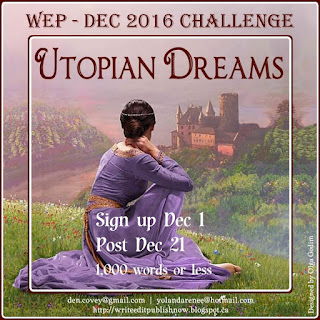