B is for Buddha

The wisdom of Buddha was widely revered
but his choice of wigs was certainly weird;
when this hairpiece was worn
he looked like an acorn
an acorn that was serene, and jug-eared.

But he was a prince and a gem, our Siddharth
He warmed the cockles of many a heart, and hearth.
Due to him, learned men
wrote on Ferraris and Zen,
and motorbike maintenance became an art.

B is for Buddha, who was an Indian prince, and left his family and kingdom to lead the life of an ascetic sometime Between the 4th and 6th century BCE. His teachings formed the basis of Buddhism, a belief system followed in many parts of the world today.  Loads of Busts and statues of him all over Asia, all with very typical heavy-long ears and that characteristic acorn hair-do.


And I have Been Brave this A-Z! Because not one word of this post has been unscheduled, spur of the moment.  I am getting there, slowly but surely, from haphazard pantser to smooth, cool planner.  The Brain is willing, but the Body is weak.  But it's coming along...erm, soon. 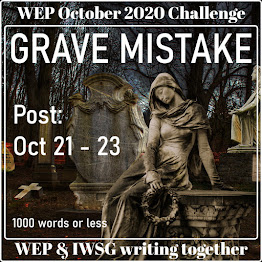