Hi everyone,
Hope you are having a great autumn/spring!  I had my Halloween post all mapped out neat in my head when I signed up, but then this whole month's been beyond hectic so I never got around to actually putting it down.  Now I’m probably at the party in the wrong costume!  :)

Anyways, I got sent the famous poem, this one here which does the rounds every year about this time, and reading it again prompted a couple of my own.  I am sharing them here because well, Halloween also coincides with the El Alamein battle.  October/November is always a vaguely poignant time.


Happy Halloween, Happy Autumn/Spring, and Happy Diwali, whatever you are celebrating! Take your pick of lanterns and lamps, and party!
Here's my take on 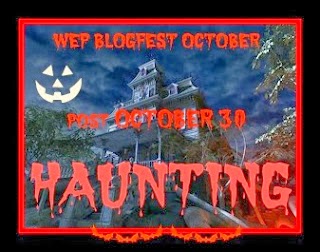 Maybe they still blow, vivid symbols; did he
mean the quarrel to be endless? Does the poppy
only rain blows and mustn’t bloom? Nothing’s seen
between the lines here, except clean
headstones, different wars, same end, same cemetery.
A strange knot in the guts, haunting futility
in gaunt sky and earth, twisting tortured sea;
is anyone an adult at eighteen?
Maybe.
Things talked over, twiddled hypocrisy
morphs the same conflicts, the inequality,
the son-like forefathers, the graveyard scene.
No poppies bloom in El Alamein
no screens between the stones and me.
Maybe.
II.
It’s not the multitudes. It’s the years
carved on headstones, many a mere
eighteen apart, and some blank, unknown.
Some faraway mother’s Jhandu or John
lying unmarked in the desert here.
Did they still think that they could hear
the dead son’s voice - that he was near -
coming awake from a dream at dawn?
It’s not the multitudes.
Did they tend to forget and still clear
a place, laid meals sometimes, and then veer
back into the truth, sigh and move on?
Now decades ago, the mothers too are gone
to join their sons at the last frontier.
It’s not the multitudes.

Time has thinned a little. But your words
still like the breeze shimmying in my hair,
grit from the grounds in the crooks of toes,
the planes of ankles sharp and bare
still vulnerable, breathtakingly spare.


Senses flicker and so the lights flicker too
nothing burns constant, honey-thick time
drops from fingers in solid amber strings
pools at feet making the long looped climb
thinning a little along the line.

Yes, I thought of the wine and cup
and of course you sprang to mind, my love.
The night half-full of stars, the streams
brim with your absence, and flow rough.

Too blind tonight the lamp of moon
it rises too fast and sinks too soon
half empty its crescent thin glass gleams
on still dark waters of the lagoons.

I thought of you and the wine and cup
and this brimming emptiness felt enough
what’s full is full, what’s empty seems
too precious still to give it up. 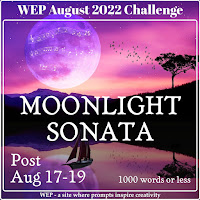