There are different kinds – the car scratched on sand

with a twig, an arrangement of seashells,

a pair of mugs, a wallpaper on a cell -

these too were promises,  and they travel

with me now, their tyre marks wherever I land,

their shapes circling the baggage carousel.

the curved solar lampposts. The sun must dim

its light so that their stores can come to be

a lit path back home. They travel close with me -

of tides and winds; promises made too freely. 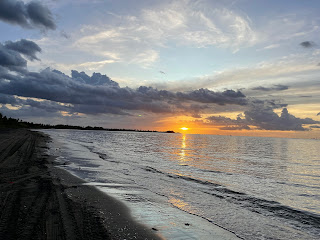 I’ve been thinking of you – especially

your storytelling in summer afternoons,

the curtains closed against the heat of Delhi -

about those golden crowns and silver spoons.

I’ve been thinking of you – your birthday’s soon.

Birthdays persist, stay on in memory

after death, cascading outside the room

house.  The last monarch, the power and glory

I well up a little. Not quite sure for whom.

I’ve been thinking of you - more has been lost

than just stories. Too much to count the cost.

The Keystone and the Arch

Could you hate the arch yet love just the keystone,

could you love the person but condemn the sin?

All these years – for a lifetime -  it has borne

the stresses of the position it was in.

if you like the arch enough to build again,

what changes you would want in height and shape,

the designs that suit the present taste of men.

As for those who never travelled that path,

those whose ways diverged long decades ago,

let them not talk about it, nor the arch

and let them not judge what they do not know.

The stone’s fallen, accord it the position

it deserves for a job consummately done.

I'm am not pro- or anti- British monarchy, it's none of my business the systems of government in other countries. I am an admirer of the Queen, for her own personal qualities, nothing to do with the system she represents. India achieved independence a few years before the Queen became the queen. She would have had very little to do with it even if she had been on the throne, given that the British monarch reigns only but does not rule. So I don't quite understand these memes which are circulating. And I certainly don't understand this vilification of the sons for the sins of their fathers.

No empire was ever built to look after the interests of the subjects. Emperors were ruthless people not teddy bears out to wipe the tears of the hoi polloi. They strategised to expand their territory by fair means and/or foul, mostly foul because no war is fair really. So why should anyone expect an Imperial power to treat its subjects softly softly I can't fathom. Neither can I understand why bash the Queen now, after her death, for what happened prior to 1947. Sure, I would have liked it better if the royal family/UK government had made a formal apology for Jallianwala Bagh. But I don't know how much discretion she had over that decision. At any rate, I don't think this is the right time to air that particular peeve. And all peeves can be aired politely.

If you ask my free and frank, East India Co would never have got the advantage it did without the active collusion of Indians, not just Mir Zafar but also the Hindu mastermind of the whole scheme and the Hindu financiers of it. If the then Indian ruling class were politically astute and a little less greedy and class-ridden, Clive would have most probably lost that battle and likely none of this colonisation business would have happened, who knows?

Not excusing any of the excesses of the Empire, but personally, I think the Queen has navigated a difficult job with great dignity and a quiet, self-effacing grace, without any drama. Ninety six years old, obviously in frail health but still on her feet, smiling and serving her people till the very last. If a few of our own current politicians were to be a fraction as devoted to duty as she was, India wouldn't be in the mess it is in right now.

Okay I'm done now, thank you for your patience if you've read this far. :) 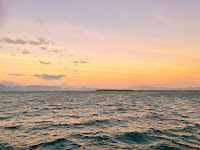 I will go out, get away from these walls,

out where the mauve sky bends to gently croon

her soft secrets into the waterfalls,

into the creeks overseen by the moon.

I must get to the sky, draping her sunset

and trailing a few tassels in the inlets

while the fishing boats are drawing in their nets

and checking the silver of the day’s haul.

and climb the path, the stars will have begun

And looking at me the street will see someone

who’s gone out but has never learned to return.