The gallery halls of history are
crowded with the victory lists
now tell me about those who were
eliminated by its twists.

The unrecorded hoi polloi
who wove the carpet, served the bread,
cleaned the stables day after day,
sorted the mail, counted the heads,

the ones who had the silver spoons
only to polish and lay back,
their boards were sparse, their plates were crude -
not the type anyone would track.

Speak of the ninety nine percent
to whom history was indifferent.

Speak of those who sang note perfect
raising the tunes in unison
off screen and on, across the stage
yet no glory was ever won.

Those who sang anthems, raised slogans,
matched their steps and marched for miles,
cared nothing for repercussions,
but never got to reach the aisles.

The stable hand who trained the colt,
the jockey who reined in the horse.
The race driver - not at the pole
but the last chap who stayed the course.

Speak of the ninety nine percent
who don’t win but are persistent.

This ended up as an out-of-control 21X14 matrix :) and it has been written as it came so here are two more from the same series. Hopefully it's out of my system now....

Have the most amazing summer/winter! 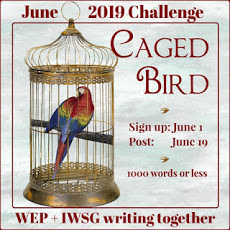 In life nothing is constant but change, and I'm dealing with a whole slew of them. Some changes are expected, I'm okay with those - seasons, months, growth, the expected transitions...but not all. Especially discomfort-inducing are those changes which happen too fast and without reason, descend on me with a rush like a rockfall. But...thankfully, some changes are reversible. Storms in teacups, not much harm done to the cups or the tea. C'est la vie... the idea is to keep calm and carry on writing...at Write...Edit...Publish...  - where I’m continuing with my photo-essay spree, and it is strangely apt that someone who taught me the definitive lessons on navigating change, should be the subject of it.

The original is way over word count, so my entry consists of a few sections only. To explain the title - the person was a posthumous child, his losses started even before birth and carried on from there.

Three things are indelibly associated with that time and place, and with him – the wall clock, the tobacco water-pipe, and the small radio with the wooden fascia. I asked about them years later, but they were gone by then. Sold off to the junk-dealers because the radio and clock had both stopped working. Not sure what happened to the water-pipe, maybe the scrap traders got it for the metal.

Unlike his wife, he left me nothing tangible. No childhood presents, no souvenirs, not even a book with his name signed on it. No photograph albums, fat chance! - no such luxury. There’s just one photo I have, with him, my little cousin and me together in one frame, the one above, I was nearly an adult then. But he did leave me three clearly enunciated names – Meghna, Machhpara, Faridpur. And he left me an example of how to calmly navigate change and carry immeasurable loss without disintegrating. Intangibles all. Nothing that I can quite close my fist around, but all worth holding on to.

He had a cigarette-holder too, small, jet-black with a filter incorporated, in which he occasionally smoked a brand called Capstan, one cigarette cut carefully into pieces, for reasons of economy rather than health. The family was hard up even then, even with his elder son working at a renowned architectural firm in the city. A decade back, the father had sold off his last valuable - his gold watch, in some vaguely grand, O’Henryesque gesture, to pay off the backlog of hostel fees of his adult child, without which the said child would not have been able to sit his final university exams. A whole cigarette in one sitting felt too extravagant still.
Everything was eked out, cigarettes, coal, postcards. The last item he filled with XXS size handwriting, beautifully formed letters by a rocksteady hand, without a hint of a tremor, even when he was 90+. But again, I get ahead of myself, I was the recipient of those 15-p postcards in teenage, where an entire week’s worth of family news was written on less than 50 square inches. But then Bengali is a compact script, there are hardly any loops and flourishes below the line. There was a singular lack of loops and flourishes below the line in our lives then, his and mine.
The room had several windows, green louvred with straight, black, vertical wrought-iron rods - forbidding, cool to the touch. The ceiling was low, the floor was set a couple of steps down from the landing, the same polished red oxide as the rest of the house. The door frame was smaller, lower than the others in the regular rooms on the upper or ground floor. He was a tall man, very spare, very upright, he must have had to duck to get in. There is, of course, more to being caged than a cramped room and straight bars on a window. And one man’s cage can be his grandkid’s polestar.
***

I once asked him why he didn’t show the papers of the village property and get due compensation that the uprooted from East Pakistan were given by the Indian government. His told me that there were other branches of the family still living in the property, the papers were with them, naturally. Besides, where was the chance? We didn’t really plan this move, we didn’t flee as refugees, we came here to work, to get our children educated. We just got trapped this side of the suddenly sprung-up border. There was no way to go back.
I don’t really know how that feels, I was born years after the Partition. But I can take a good guess.  From the rambling, many-roomed, haphazard homestead with four courtyards, built over centuries a wing at a time - to a new built, two-storey, tiny, suburban house with a courtyard the size of a hanky. From being one of the first families in a small village where everyone knew him by name to the huge anonymity of a city of millions. From the collective memories of generations rooted in the same patch of land to one where there was no memory to draw upon. No templates for living life - the old ways rapidly disappeared, the new ways were not yet devised.
Sapta purush jethae manush shey maati mayer baRa – where seven generations have been brought up that land is greater than the mother.*  How to negotiate a change of citizenship in which your own birthplace, the land of your ‘seven-generational’ ancestors becomes foreign and forbidden to you? He lived nearly half his life in Dover Lane, away from his home and birthplace, both forever out of his reach. It must have been excruciating. Trapped on this side of the border. We are all trapped by our respective borders and yet we can never know the exact nature of anyone else’s struggles, regardless of how close they are to us.

***
One Wednesday afternoon in April 1986, my father called me at work. Come to Dover Lane. By then my parents had moved back to Calcutta, my mother was in remission from cancer, I lived with them in their hastily-acquired new home and worked not too far from Dover Lane.
I found the house fuller than usual, my father’s cousins had come by, my eldest aunt, Boropishi was there sat by his bed. She told him I had come – he opened his eyes, looked at me for a long moment but said nothing; and then shut them back again. My grandfather lay perfectly still, his face calm, the eyes shut, the bones of his jaw and chin very prominent, his lips thinned as if some invisible internal force was sucking them in.
Shortly after, he sighed  - a long drawn out, rasping groan. The usual rituals were observed, a drop of Gangajal was touched to the mouth. My father checked for a heartbeat and could not find one. The neighbours, who happened to be doctors and had treated him for years, were called in and medically confirmed the death.
There was no last minute rushing in and out of hospitals, no last words, no mortal agony – just a peaceful departure. One minute he was there, the next he was not. My grandfather died with the same quiet dignity with which he had conducted himself all his life.  The cage had finally broken and the captive had gone free. 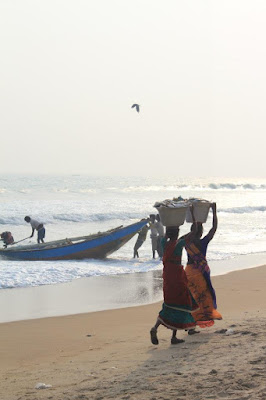 Tell me about the skilled women
who dye the cloth and spin the yarn,
who raise the invoice and basins,
who love and break and mend and darn

and yet they tread so light footed,
their prints are easy to wipe off;
the jingle of their anklets fades -
it rings just once and then it stops

and when the book’s opened again
there is no trace left on the page -
the work they did, the yarns they spun
are rubbed out of the percentage.

Speak of the quiet fifty percent
who’re rubbed out, the erased segment.

Last week, I posted a sonnet from a series I am working on - Ninety Nine Percent, and Elephant's Child commented - 'And teach me about women, whose work is both imperative for our survival and so often ignored.' Which was super uncanny because....!! well, great minds and all that... :)

So I thought I'd put it up. 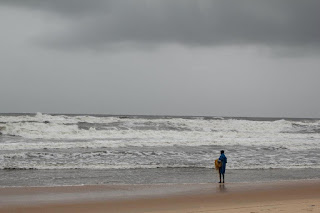 Teach me instead about peacetime,
the chaps who did not go to war,
the peasant folk who stayed at home,
who tilled the land and manned the store.

Tell me about the millions who
toiled ceaselessly, but left no mark.
The doormen of old neighbourhoods.
The fishermen out in the dark.

Spell out the history of small men
whose footsteps wore out cobblestones -
the mason, the cook, occupations
that did not involve crowns and thrones.

Speak of the ninety nine percent,
and tell me how their lives were spent.