I’m back to drinking half latte, and panic
gulped down in the first moments as I wake;
because the room’s vast and far too empty,
because on the floor patches of sunlight break
into shards without a sound. I grope lyrics
like lifelines, the chords that grounded you and me;
the clock twitches, the wall behind it aches
and the universe’s just another tic.

The sonnet’s handiwork hangs a bit awry -
the peg’s loose, or maybe the fault’s in my eye.
The coffee’s a whirlpool, a muddy vortex
that, at the very start, sucks the day dry
and hides its gift somewhere under the dregs.
I drain the cup. But nothing tightens the pegs.

I also know you’ll return here in days,
the distance between us duly shortened,
the room warmed, its emptiness made richer.
All travel-sore wandering must end -
we each loop back even as we step away;
the river herself finds and lets us bridge her,
each crossing however rough, does unbend
and let us through, barring minor delays.

It’s easily written: destiny, it’s fate;
the reward will come, just be patient and wait.
Patience will somehow wrangle its rewards.
What if it doesn’t? or it comes too late?
what if it panics at the shortfall of words?
The peg’s still loose though I hammered it hard. 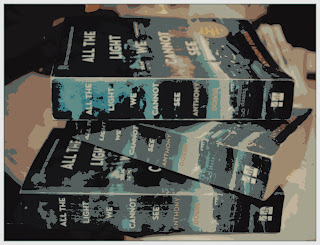 Everything draws to a close, all things –
words, wine, meetings with friends, evenings
pleated through with cursive laughter,
the delight of the deepest yearnings.
The flame that will choose to burn softer
before it drops down with the mothwings.
The breeze that feathers nights, after
the slow spiral of the hot mornings.
One by one the lines and the chapters
till the last, till there remains nothing.

A thank you note 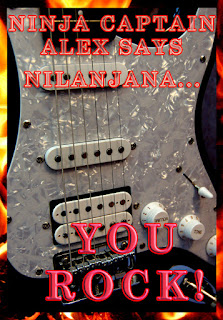 The kindness of strangers, indulgences of friends.
Someone who comes in from the very ends
of the earth, hands me a gift; and someone
else who doesn’t come in but still sends me tokens
of appreciation.  Books, and poems,
a frame, questions, an image of strings.
Grateful for all I receive, each of these things.
The intangible ways this wide universe
marks my doorstep.  I thank her with this verse.

You may think it’s nothing, a few coffee mugs,
the pile flattened in certain places on my rugs;
a badge here or there, pasted on the sidebar,
a guest’s shadow fallen on my walls, the arc
of a note straddling oceans. On my shoulder
the blessing of an unseen friend’s hand always.
The smiles of strangers threaded through my days.
The invisible ways this wide universe
wraps me tight and quiet. I thank her with this verse.

Susan Brody of The Art of Not Getting Published (do you know this blog? If not, I assure you, you should! Utterly awesome!) has very kindly nominated me for the Liebster Award. Thank you, Susan!

Anytime I get a blog award I keep looking back over my shoulder if there's anyone standing behind me people are addressing.  You sure you're speaking to me??  I have been awarded the Liebster before, and I can tell you from experience this looking-behind-over-my-left-shoulder thingy does not go away with experience.

A-OK and not Zero-sum: A-Z Reflections

Make your choice, adventurous Stranger (and/or Friend!) and read whichever you prefer :

I had great fun this A-Z, as always. Hooked! Beyond delighted to grab my third survivor badge.  Looking forward to my fourth already!

The year has earmarked days, a quota for
remembrance – fathers; soldiers from the great wars
and smaller battles; women; sisters; mothers;
all manner of ties up on the calendar
for a few hours only, and nothing more.

Your shirt’s loosened, it flutters in the breeze,
billows a farewell. I’ll take the anxieties,
the heartache and the loneliness I’ll keep,
and hand you the excitement as you leave.
It’s one of many partings, nothing more.

We’ll keep it ultra-casual, you and I
cut the drama out in each of our goodbyes
I’ll never let you see my lashes, spiked
wet in disarray, dismay in my eyes.
I’ll say it with a tighter hug, nothing more.

I know you won’t look back, but if you do
I’ll be in the doorway looking straight at you;
wait till the shirt’s a speck too small to show
and its blue vanishes into a vaster blue,
then I’ll turn and watch the phone, do nothing more.

My love’s an amulet, a verse, a charm,
a silken thread against your skin, your arm,
it binds but it also leaves you free - to come
and go, stop at my threshold, but I am
defined and changed by that one thread, nothing more.

In years from now, maybe a decade hence
will you have time to make time for remembrance?
Mark out a certain day in a certain month
and call? And we’ll speak with a wistful warmth
then go back to our days, say nothing more?

A long ago friend, an EFL teacher, taught me what first language interference was.  Only in my case I don't really know how the first language is defined, and she couldn't help me identify it either. Whatever I write in, at that moment it feels like my first language, and I can spot the other standing right there windmilling its arms and trying to get in not one, but several words, maybe even whole sentences in edgeways. It doesn't make for controlled writing.  And maybe it's not even just language but a whole swathe of cultural baggage. First culture interference, more like.

I can see for myself that the above is based loosely on the principles of the ghazal, the radif motif in the repetition at each stanza-end, but the question is what am going to do about it?  Will it get better if I fiddle around with the structure? Will I be able to tweak it even if I wanted to? Write it as it comes is less of a goal and more of a compulsion, how does one begin to change that?

Happy Mother's Day to all mums here, and to those who parent even though they may not be biological ones.

Considering the general haha party that has been going on here the whole of last month, what with all the limericking and punning and funning, it seemed a bit drastic to flip over instantly to the trademark whingey poetry, so I am easing into it with a flash.

Earlier this year, fuel prices were raised in most of the GCC countries, giving way to what was inevitable.  There has been a cut in food subsidies here as well last year. As a fall-out, lamb of all descriptions has disappeared from the menus of the budget restaurants, which are still cheap but not so cheerful anymore. Petrol prices had remained at the same level for decades together, the increase generated a lot of heat and dust, predictably.

And also this slightly delayed flash :)

Hop on hop off island

The screen froze as soon as he pressed the key, but Seth knew the answer anyway.  He did not need a currency converter to do the maths.  The crude oil prices were at a record low. The meat subsidy had been axed recently.  Even fuel prices, steady for more than three decades, would soar this midnight. A huge leap, no chance of looking anywhere before.  Nothing would ever be the same again, happiness, misery, money, wealth, security.

The screen had transformed into a spiral, a series of dots stalking each other in a never ending cycle, a snake trying to devour its tail.  His concerns felt the same, each stalking the other, an ongoing cycle there too.  Stripping Peter to clothe Paul, it had worked very well somehow. That would stop at midnight. The horses back to being mice, the coach turned back to being its rotund pumpkin self.  Something else would have to be figured; arranged as elaborately as the sham that was coming to an end. He had been cocooned in it, this ongoing spiral of pretence – his debts, his relationships; even the spent steam from his coffee curled in an arc, cooling next to the screen.

Well, it had been good while it lasted.  He had the usual trappings of a Gulfie life - a cashew plantation, a slightly pretentious mansion, a somewhat distant and sour wife festooned with jewellery, and three sleekly educated, sullen children back at the permanent address.  And some not so usual ones too.  A series of ‘seasonal wives’ here, installed in a penthouse for the duration of their tenure and then seen off by his discreet manservant when they became too demanding.

Interconnected countries and economies and relationships, global villages wirelessly, paperlessly linked.  He had made them into micro-level islands with his suave thieving skills, forced them apart – businesses, lives, wives, planes of existence.  One of them would have to be dismantled before it came crashing down.  Even so, the debts wouldn’t vanish.  Therefore, he would have to.

It was for just such an eventuality he had got the spare passport.  Option B.  He hadn’t thought the day to use it would come in this particular way.  He pressed a few keys and completed the withdrawal.  Money, an identity, a way of life.  Digital footprints and fingerprints carefully obliterated as far as possible.  A new life would begin at midnight. He heaved a sigh and shut down the computer.

Robina sauntered in and sat on his armrest, briefly peered into his mug.  ”Would you call that half full or half empty?”

Seth looked at the coffee.  There were no curls of steam anymore. “Either way, it’s undrinkable.  Gone too cold. Time to get a fresh one.”

Hope you enjoyed the flash. See you next week for the A-Z Reflections post, am still struggling to make sense of the numbers and the intangibles, which are both more than the sum of their parts, and I am happy to be confused.

Have a great day/weekend!