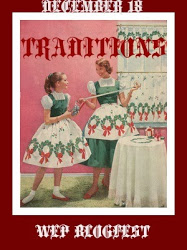 It’s always nice to be here at Write...Edit....Publish, for the last time this year, wow! That 2013 went quickly!  I am posting a flash and since I have written several posts on seasonal festivals in India, and some of them have been for RFW, time for sharing something that isn't seasonal.  Hope you enjoy this glimpse of a living tradition that goes back unbroken for thousands of years.

I will be travelling shortly, and possibly offline, so will catch up with you all as and when I am able to hook up.  Meanwhile, Merry Christmas and Happy New Year 2014!

Kushal woke uneasy, as though a dream had laid a huge weight across him that awakening wasn’t meant to shake off.  The ceiling was unfamiliar too, and flustered him before he remembered he had come away from home, and Maddie.   Maddie.  Madhavi.  They had bickered, a perfectly pointless disagreement.  It seemed incredible as he lay in the mussed but clinically impersonal hotel bed. When had he started caring about such nonsense? what she wore, the way she dealt with the baggage of a gen-next immigrant, whether she wore her marital status on her sleeve.


But there was no time to brood, the workshop was to start soon, and there were the Mughal miniatures, the museum to check out.  He was in the city of his forefathers, much to explore, maybe some explanations, some connects to take away.  The phone rang as if on cue, Kushal jumped.  Maddie!


“Hey, wake up! When does it start?” It was only Pete, a fellow artist.


“Okay, see you at breakfast.”


He cut himself shaving, bled a drop onto the spotless washbasin.  Red on white.  Red and white.  Just like the bangles.  He still couldn’t believe the stupidity of the whole thing.


The sound was annoying, the jingle-jangle of metal, combined with a hard to place clacking, neither stone nor wood.  He looked across again to where Maddie was sitting for him, reading.  She had an arresting face - a childhood accident, and reconstructive surgery that had not been able to wipe out all the traces; her flawless skin faintly patchy, puckered in a band across her left temple and cheek, her lips lifted by a hairsbreadth in a lopsided secretive smile – they made her face at once irresistible and intriguing.  The rest of her was draped on a slouchy armchair, her back against one armrest, her legs thrown over the other, her skirt swished sideways and trailing, almost touching the floor. The sun slanted in through the large bay windows and highlighted the planes of her face, deepening the hollows of her collarbones and waist.


“Take those bangles off, will you?” he sounded impatient, brusquer than necessary. “I can hardly see your arm.”


“The bangles. Take them off.  Can’t do the sitting with them.”


She put down her book obligingly and took off a mass of silver bangles, laid them in a heap on the floor.  All except the last two, a white, carved conch-shell one paired on each wrist with another deep red; the source, he realised, of the clacking noise as she moved her hands to pick up her book again.


“Take those off too, please.”


“Wha-a-t?” He let bafflement slide into a sneer. “You believe that crap about ‘harm to husband’ if they come off?”


She glared a warning at him, “Kush! Paint me with them.  Or leave them out as you wish.”


“How does a girl who refuses her husband’s surname, wear red-white bangles signifying holy matrimony?  What happened to unfettered freedoms?  How come this sudden love for tradition, aren’t the bangles a tad hypocritical under the circs?”


Hypocritical.  One word leads to another; that word led to a few more. The tone suddenly turned vicious midway, the talk bitter.  His resentment surfaced perhaps, his neediness - as red and bone-white as the bangles on her wrist. 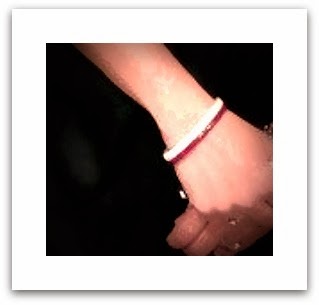 “This is how it is. Red-white bangles. Maiden name. Muddled up traditions.”  She had snapped the book shut and whiplashed straight up from the chair.  “I thought you knew me better.”


And she had walked out. Walked back to that husband no doubt, whose last name she shunned, but for whom she still wore the mandatory bangles for a long marriage, good health and fortune.  Were all women this strange or was it just Maddie?  Kushal had tried her cell several times, she ignored the calls.  The next morning he left.


The traffic was terrible, but the roads much wider than the childhood impressions formed as his mother had reminisced about the alleyways of Daryagunj.  He wished he had paid more attention, remembered the address of the old house she had described.  There was no way to retrieve it now, she had died some years back. But he mentally made vague plans to visit the neighbourhood one evening; asked the driver, “Daryagunj?” embellished with a hand gesture that universally meant ‘where’.  The response too came in a similar gesture that could only mean ‘not nearby’.


There was little time to feel hard done by or reminisce at the workshop, it absorbed all his attention.  Afterwards, they went to the Mughal miniatures gallery.  He had of course studied the ones in the British Museum; but a different experience to view them in their natural home.  The group had been allocated an enthusiastic docent - one Purnima Sen - who knew the paintings inside out.  Kushal couldn’t help but notice that she wore thin red-and-white paired bangles on her wrists.  The same clacking noise as she waved her hands around explaining the exhibits.  Also the natural home for them bangles, he wryly thought.


“Let’s go through to the Harappan galleries,” Purnima said once they’d finished.  “Really, the grandmother of all our sub-cultures.  You can’t leave without taking a peek –”


He browsed the exhibits lining the walls, the ancient pottery, the bronze figurines.  A child’s terracotta toy behind glass – a crude figure atop a wagon, but the wheels smooth, the axle perfectly balanced - clearly for pulling along.  Strangely touching.  His mind flashed back to a wooden engine he had got Maddie’s child.


As he walked to the opposite wall, a burial site from millennia ago came into view in the centre, a skeleton on its side lay with bits and pieces around.  He drew closer, fascinated.  The label alongside identified it as a female, a married woman who had predeceased her husband.  The evidence, he read and his heart lurched, lay in the shell bangles still encircling the dead bones of both her forearms.


Incidentally, the colours red and white have a very special significance in Hindu culture, red is the colour of "Shakti" the divine feminine force, it denotes prosperity and fertility, white is associated with purity and spirituality. The red and white colour pair occur as a motif throughout Bengali/Hindu culture - a bride is dressed in red, while her groom's attire is white; women wear white sari's with red borders for religious occasions; married women wear these special red and white bangles; Hindu monks wear red and white markings on their foreheads and many other instances.


Read the other entries here