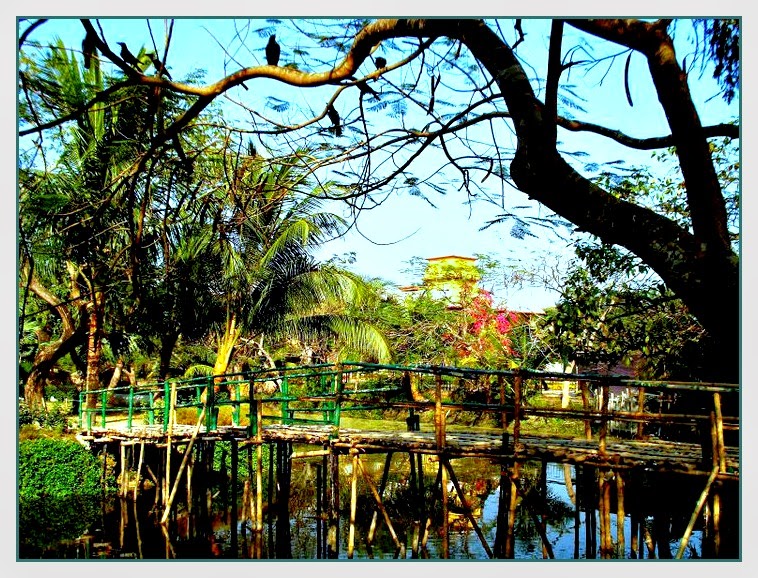 I could make up the crooked bamboo bridges,
picturesque as a child’s first sketch, a rustic
stretch of water lily, the hard mud ridges
between paddies- an instant airy trick;
but my truth’s in urban spaces, the street
choked with smoke from exhausts, rush-hour traffic
inching toward where the factory fumes meet
low river mist, those the facts; not idyllic.

The truth is our bridges were steel, robust
and indestructible between this side
and that. And yet.  And yet the connects just
snapped, no way to the bridge, to firmly stride
back again through the lanes of smoke and dust,
across the river and close the divide.

Because I heard Lopamudra sing Sunil Ganguly's poem, Sankota Dulche (the bridge is swaying) ....and because of a death anniversary, you'd think that these dates would slip one's notice after some years, after all so many other things do, memory isn't what it used to be, but no, they somehow wriggle into the brain...and also because a friend mailed me...and my Sundays happen to be your Mondays... a multi-pronged attack of...not quite the blues, but blueish... autumn is a time of many personal milestones, some happy, some sad, a bittersweet season.