Write....Edit....Publish - Sharing this one for November

Great to be back at Write....Edit....Publish again, this time for the prompt “Sharing”.  I am here with a flash, a teeny bit over word count, but I can’t pare it down any further without going crazy.  (If you are pressed for time or patience, then you could just cut to the story from here by ignoring the next two paragraphs J thanks!)


Writing poetry in the first and second person pov is much easier for me than fiction/prose.   Most of my poetry is written in the first anyways, not because it is autobiographical or anything, but simply because I feel it has a greater immediacy and connects more deeply with the reader.  But I am not as free and easy with the first person in prose.  The whole thing becomes a pile of I, I, I and it is incredibly hard/tedious to wrestle the monotony out of it.  Writing second person is probably even more awful.


However, what RFW and now WEP has done for me (thank you!) is to encourage me to venture out of comfort zones.  So I have attempted a second person pov in this flash.  I would love to hear your views on using it, how do you make it work, do you like working with it, any tips and tricks.  Above all, whether you think it can tell a story more effectively than the others? 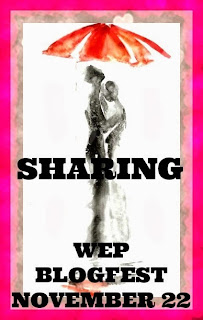 How do you know where to draw the line?  Time out of mind you have been hearing it, “Play nice. Take turns.  Share.” And honestly? What choice is there when you are the eighth child?  True, treated a little special initially because eighth children are special, particularly if they are sons.  Well, you know the story about Lord Krishna being the eighth child.  But you are the youngest, and resources are stretched, your father’s business of jute sacks is failing because there’s a growing world of plastics out there. You learn from the very beginning to make do.  With hand-me-downs.  Books and shoes.   Coats with holey pockets.  You make do with sharing spaces. Affections.  Attention.


The job of raising you is delegated to your elder sister, a child herself.  Your mother is often tired, she works two shifts that add up to more than the sum of their parts in exhaustion. Your father is mostly away resurrecting a dying product.  The insecurities trickle into the family somehow.  Holey pockets, worn soles and stretches of loneliness surrounded by the sea of an extended family; sharing things that are never enough.  You don’t know any other ways of growing up.


There are others like you at school, but you don’t know them either. You always feel the weirdest, most impoverished, clinging onto some precarious pretence at normal life.  You furtively compare your books with the crisp new ones that some students buy, and yours look the most dog-eared, with so many generations of scribbled annotations in the margins as to be useless and illegible.  You never make any annotations yourself. You are a passable student with a meagre scholarship that guarantees you will finish school, no matter what destiny decides about jute sacks.  You volunteer little of yourself in classes, blend in between the last bench and the first somewhere.


A couple of students bully you.  You deal with it. Do exactly as asked with aloof impassiveness.   You volunteer nothing of yourself here either.  It is an effective defence and makes the bullies, and other people as well, quickly lose interest.  You get by with a carefully constructed carapace of self-sufficiency over a jelly-like self-esteem.


The jute business finally crashes, your father is now at home, frustrated, boiling with rage and seeking the softest target available.  That of course is your elder sister, who is also your mother.  Your real mother takes on some more extra hours at work, that makes her practically disappear from home and your father angrier than ever.  He spends most of his time yelling at everybody within earshot.  Worse things than yelling happen too, which you witness from the shared bed, pulling the tattered covers over your ears.  The bread becomes chewier, the lentils more watery, the beautifully rounded scoops of steamed rice are shaped with smaller ladles.  You’re always hungry, there is never enough food.  The hand-me-downs hang looser on your frame.  Your carapace becomes harder, your self-esteem more fragile.


An older brother escapes with the housekeeping money, no-one hears from him again.  Another goes away to the Gulf to work, promises to send money home.  But he tumbles off a twenty floor high scaffolding, and then it comes out he was illegally there so there’s no compensation.  A sister escapes too, elopes with a much older man, one of your father’s former customers who’s transitioned now to modern packaging.  This makes your father incandescent with fury. He is openly violent with the women, when you try to intervene he cuffs you so hard that you have to be taken to the hospital.


Home becomes intolerable, you hang around the street corners and the old park more than you need.  The park particularly, the grass there is balding in patches, the benches are either bent or broken, only a couple of lights work. Petty crime and clandestine romance are what mostly go on there.  But it’s comfortable - no-one will disturb you - you don’t carry anything that could lure pickpockets or prostitutes.


On a day of feeling especially raw and fragile, a stranger asks if she can share the bench where you are grappling with your maths, and then offers to split her parathas in exchange. You have to suddenly blink back embarrassing, unmacho tears.  She doesn’t pay any mind to your efforts at brushing her off, insists you try some. So you do, just to shut her up. She watches you wolfing down a paratha at top speed and then offers you another in silence.  Your mouth is too full of saliva, and your guts twist too tightly to articulate a refusal.  You take it and wolf it down again.  She doesn’t ask many questions.  She is back the next day.  You are reading – “Yond Cassius has a lean and hungry look.  He thinks too much.” - and trying to pretend you’re neither hungry nor thinking too much about her or food. The pattern repeats. Some kind of shaky friendship results; it will last till you graduate school, and the park, and the city.


A few weeks later she lights up a cigarette and passes it to you, ”Try it, it’ll help you focus,” and you cough and cough in the beginning but it does feel good. It’s just another thing to share, you think nothing of it when she offers another.  Because isn’t that what you’re supposed to do, share and take turns?  During a slightly murky dusk, the light above the broken bench flickers on and then a long off - the couples have withdrawn into the shrubbery, and the pickpockets haven’t yet descended on their beats - she offers you a syringe.  “Try it. Bloody wicked, man.”  Your fingers fumble, you have never injected yourself before.  She takes it from your hand and plunges it into herself first and then into you in one swift, practised movement.  You wait for it to kick in and you think nothing of it.  Only remember it years later at a clinic as a piece of paper flutters in your trembling hand and your world comes crashing down.  How do you know where to draw the line?


Read the other entries here