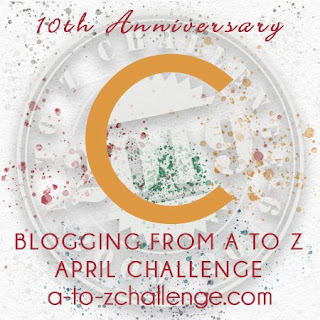 Put your headphones on for Chandrabindoo, a Bangla band from Kolkata with one of their popular tracks Ebhabeo phire asha jaye (Possible too, to return this way)

Charnock the Creator of Calcutta

When I was little, I was told a British chap called Job Charnock had magicked Calcutta into being on the banks of the River Hooghly. He came, he saw, and he created. It’s got the right mix of romance and adventure, the elements that make for an indelible story.

Job Charnock was an employee of the east India Company, and a fairly controversial figure even in his lifetime. He arrived in India in 1658 and was first posted to Cossimbazar, a major trading centre on the River Hooghly, some 200 miles north of Calcutta.  The entire Bengal operations was under the oversight of the Madras factory at that time.

He was said to be a morose but scrupulous man, faithful to the Company and against the rampant smuggling that went on among his colleagues. He moved to Patna in 1659 where he was appointed the chief procurer of saltpetre. While in Patna, he rescued a Hindu woman from being immolated on the funeral pyre of her husband, a reprehensible Hindu custom known as the ‘sati,’ renamed her Maria and took her as his common law wife. Though he remained a devout Christian all his life, this relationship gave rise to much gossip and created the impression of moral laxity and conversion to Hinduism, which his enemies exploited.  He was anyways not a particularly loveable character – cruel, mean, brutal to his prisoners and often at loggerheads with both his superiors and the Indian rulers.

Charnock rose to become the longest serving and most trusted administrator of the Bengal operations. He was promoted to second in command and went back to Cossimbazar in 1680.  By the mid-80’s he became the Bengal chief. By then, the relations between the Mughal rulers and the Company had deteriorated to a large extent. The Nawab of Bengal had revoked the grant exempting the Company from customs duties and imposed a 3½ % tax. Cossimbazar was under siege when Charnock assumed his duties. Chased by the Nawabi troops, Charnock fled downriver to the south, to Sutanuti.  But the soldiers followed him there and razed the village down. The Company’s trade in Bengal continued to be beset by skirmishes from 1680-86.

By 1686, the Directors in London had arrived at the decision to separate the Bengal operations from Madras, despite some resistance from the latter. Charnock persuaded Madras to consider Sutanuti for the site of the new factory. Strategically it was a good defensive position, also a great deep-draught riverine port.

By early 1690’s, Aurangzeb - the then Mughal Emperor in Delhi, reissued the grant for the Company to trade freely in Bengal. Charnock made landfall at the site on the 24th of August 1690 and set up the new Bengal factory on the lands he bought - three villages called Sutanuti, Kalikatah and Govindapur, and called it Calcutta. In time it grew to be the capital of the British Raj, a vast, elegant, cosmopolitan city with neoclassical buildings and luxurious marble palaces. For centuries, Calcutta was at the forefront of Indian literary and cultural advance, the nucleus of Indian Revolutionary thought and the freedom struggle.

Calcutta’s importance diminished in the 20th century - first when the British moved their capital to Delhi in 1911. After independence in 1947, Calcutta absorbed waves of refugees from the violence of the Partition to Bangladesh’s War of Liberation in 1971, and it continues to absorb economic migrants even today, placing the infrastructure under severe stress. Poverty and squalor became synonymous with the city, unemployment skyrocketed.

The tide however turned in the 1990’s and today Calcutta, now renamed Kolkata, is taking baby steps towards a much less squalid and more dignified future.

And what happened to Job Charnock? He lived out his life in Calcutta, served the Company and died in 1692/3. His mausoleum is in the garden of St John’s Church, one of the first churches the British built in Calcutta. It was erected by his son-in-law and one of his daughters is buried at the same spot.

In early 2000’s a legal case was brought by the descendants of the landowning family which had sold the three villages to Job Charnock. They claimed, based on centuries old deeds held in/recovered by the family, that Charnock had not bought but leased the land on which he later developed the factory. A committee of eminent legal and academic scholars investigated Charnock’s role as the founder of Calcutta. Their report concluded that - ‘a highly civilised society’ and a ‘well-developed trading centre’ existed at the site of modern day Kolkata, ‘long before the Portuguese and the British sailed down the Hooghly.’

The court therefore ruled in 2003 that Job Charnock was not the founder of the city and ordered that his name be purged from the records. Accordingly, Charnock is no longer officially regarded as the founder of Kolkata.

Officially. As far as my highly unofficial and unlegal brain is concerned, this is revisionist history.

Calcutta’s story arc includes some 250 years as the capital and main trading hub of the British Raj – for better or worse. I don’t see what is gained by denying that. I’m not saying that colonialism did any good to anyone apart from the colonisers. Not saying that Charnock built what he did for the benefit of the Bengalis. But what’s happened has happened, facts are facts. Whether the land was bought or leased, whether a trading centre and a civilised society existed before or not, it’s irrelevant.

Of course there was a thriving Indian civilisation 5000 years ago when Portugal and Britain both were far less advanced – this is established. Any reader of history knows that civilisation started in the eastern hemisphere and that India was civilised for millennia before the English turned up. But that’s neither here nor there.

The truth is we don’t know how Kalikatah would have developed if Charnock had located his factory elsewhere. Calcutta exists in its present form because Charnock chose that particular site and that site only.

There is an alarming trend in India towards tinkering with any facts that don’t suit the narrative of the present powers.  The Moving Finger writes and having writ and all that. Neither Piety nor impiety can lure it back to cancel half a line. Never mind an entire chapter. All history, even that which shows us Indians/Bengalis in a so-called negative light, deserves equal respect. Trying to lure that Moving Finger back is not just silly but also downright dangerous.