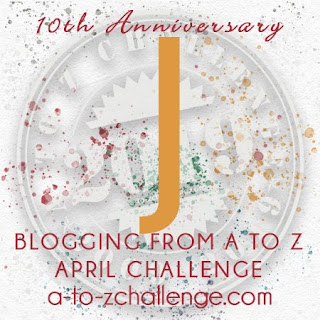 Today I have two numbers, both from indie bands from Bangladesh. First - Joler Gaan with a track called Emon Jodi Hoto (If only it were like this)...followed by James with Tor Premete Ondho Holam (I was blinded by my love for you)...Enjoy!

India was called the Jewel in the Crown of the British Raj and Bengal was their main cash cow for two hundred years. But long before the British came to India, Bengal was the Jannat al Bilad (paradise of the nation) of the Mughals. Let me tell you why.

Bengal’s prosperity has been recorded since the 4th century, when the delta region was part of the powerful Gupta Empire. Greek historians, Chinese travellers to the region’s Buddhist monasteries, and the region’s own rulers’ edicts and archives, give the evidence of an economically active and affluent Bengal. An abundance of gems, a well-developed textile industry, formidable shipbuilding skills, metal working skills, creativity, artistry and expertise in handling many different materials such as pottery and wood and ivory. These were already part of Bengal’s industrial mojo when the Mughal’s came sniffing.

By 1590’s the whole of the province was consolidated under the third Mughal Emperor Akbar, though it was his grandpa Babur who started off the annexation. Akbar set up Bengal as a top-level province (Subah) and undertook major administrative and infrastructural initiatives streamlining the running. Many of the Mughal terms for land divisions and systems are still in use today. The Mughal Empire was a prosperous and powerful entity and Bengal grew to be even more affluent under them. The Delta region was shaped by the policies of a pluralistic imperial government – the Mughals set up their first capital in Dhaka, built forts and mosques and palaces and ruled from there for 75 years.

The textile trade expanded under them, Mughal Bengal emerged as the leading global supplier of premier textile products. Dhaka Muslin was so famous around the world that the fabric ended up being called ‘daca’ in distant markets. (Note that Dhaka has clawed back its position as a centre of textile and garments production after colonialism crippled its weavers in the 19th century. The city supplies global garment brands at present.)

But it wasn’t just textiles, and it wasn’t just exports. Much of the rest of the country used the produce from Bengal too – grains and fruits, metal products, pearls, salt, wines and liquors. Chittagong was the main seaport and it connected to both the Far Eastern ports of Java, Malaysia, Indonesia and Maldives; and to ports in modern day Iran, Iraq, Saudi Arabia, Oman and Yemen – Bandar Abbas, Basra, Muscat, as far away as Aden and Jeddah on the Red Sea coast.

The Mughals also built a network of roads crisscrossing the empire to help the economic activity, administrative surveillance and strategic defence. The Mughal imperial highways were characterised by the kos minars (watch-towers at regular intervals of a kos, just a bit longer than 4 kilometres) and civic infrastructure such as caravan serais (inns), hammam (baths) and drinking fountains to generally facilitate travel.

At its peak the Mughal Empire had 24% of the entire global GDP, and 50% of that was generated by the Bengal Subah. Bengal therefore accounted for 12% of world GDP, with around 4% of the world population. In real terms, wages and standard of living in Bengal were higher than the European nations in the 17-18th century. No wonder the Mughals called Bengal the paradise of the nations!

So. What of the Jewel in the Crown of the Raj? Once the British colonialists took over the administration, Bengal was gradually stripped of its riches. The production of Bengali textiles was hobbled by taxes on the finished goods which made it cheaper to buy the mill made fabrics from Britain. The shipbuilding industry was similarly made unviable. Farmers were coerced to plant crops such as opium and indigo and the tax burden on them was relentless. The colonialists milked Bengal for raw materials and sold the finished products back to India. The Delta region was thoroughly deindustrialised over the two centuries that the British ruled.

While the Mughals were no philanthropic softies, they taxed the peasantry and were ruthless in their imperial expansionist plans, but they ploughed back some of the riches into the land to keep things moving. The ones who tilled the land had some sort of rights to it and a share of the produce. The Mughals came from Central Asia but were, over the course of two generations completely assimilated into India and thought of it as home. By contrast the colonialists never came to regard Bengal as anything but a milch cow and a transit point.