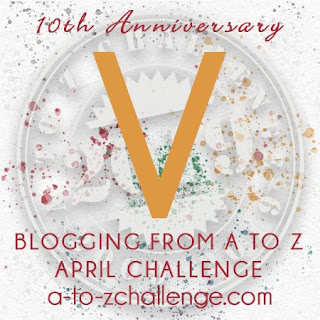 The first track I have for you today is from Bangladeshi band  Vikings. They got together in the late 90’s, went dormant for a decade in the middle and then the leader made a comeback with a difference – in film music. Take a listen to one of their old 90's numbers – Valobashi jare (The one I love).


Next  there’s Vabnar Lamppost from Feelings, vocals by James, again a 1990's track from the album Jayl theke Bolchi (Speaking from the Prison).


Take a listen to Vibe, one of the alternative rock bands from Dhaka active in the noughts. Chena Jogot (Known World), their first full length album was released in 2007. The following year they disbanded. Some of the members are making music still, having moved to other popular bands in Bangladesh.

Last but not the least, here’s a track from an album called Voyankor Sundor (Terribly Beautiful) by Bangladeshi band Chirkut, which is an internationally acclaimed, award-winning fusion band. They have performed in concerts in USA, India and Europe. Ei Shohorer Kaktao Jene Geche (Even the Crow in This City Has Come to Know) - enjoy!

There have been many spiritual leaders in Bengal’s history who have travelled widely, added to, and broadened the religious discourse in South Asia and the wider world. Atish Dipankar (980-1054) took Buddhist learning and philosophy to Tibet and Sumatra. Sri Chaitanya (1486-1534), one of the most prominent Bengali saints, travelled all over India and popularised the Vaishnav cult. Voyagers like the founder of the ISKCON (International Society for Krishna Consciousness) movement in modern times. Born Abhay Charan De in Calcutta in 1896, A.C. Bhaktivedanta Prabhupada circled the globe six times taking the teachings of bhakti yoga to the world.  But long before him, another Bengali monk mesmerised the attendees at the Parliament of Religions in 1893 in Chicago. This charismatic sannyasi introduced the Vedanta and its precepts of tolerance and assimilation to the Western world for the first time. His name was Swami Vivekananda.

What can one say about Vivekanada in a blogpost? He was born Narendra Nath Dutta in 1863 in Calcutta, his father was an attorney, the family well established. Narendra got a western style education at the premier institutions of the Bengal Presidency. He was a brilliant scholar and a voracious reader with a photographic memory. He was early on exposed to Indian spiritual teachings through his family and Western philosophy, Christianity and science. He read widely in English, Bengali and Sanskrit. 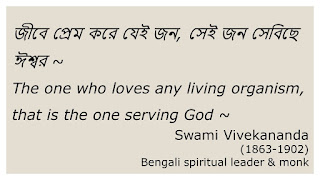 Social reform was his main interest and he joined the Brahmo Samaj, which advocated the elimination of superstitions, caste-barriers, illiteracy and evils like Sati and the social isolation of widows. He later met and became a devotee of Ramakrishna Paramhansa who was a prominent mystic of the times and demonstrated the essential unity of all religions. Vivekananda formally became a monk in 1886, after Ramakrishna died. In 1888, Vivekananda left the monastery as a parivrajaka – a wandering mystic, and travelled to many parts of India, bringing the teachings of the Vedas and Upanishads to people, always stressing service over dogma. During his travels he came to hear about the Parliament of Religions   to be held in Chicago in 1893 and became interested in attending it. He set off for USA in May 1893 and landed in July after a difficult voyage.

He started his address to the Parliament with “Sisters and brothers of America” which got him a standing ovation that lasted for two minutes. In the address he demonstrated the essential tolerance that Hinduism had towards other faiths because of its pluralism. He went on to found the Vedanta Society of New York in 1894. He travelled to other parts of USA and also to UK preaching the Vedanta and introducing the West to Hindu ideas and philosophy. He was acknowledged by the public and the foreign press of the time as a powerful orator. Back in India, he founded the Ramakrishna Math – the order of the monks of Ramakrishna, which worked towards education for the underprivileged and social service. He passed away in 1902 after singlehandedly changing the perceptions of Hinduism in the West. Read more about his life and works here. The order founded by Vivekananda in Bengal - The Ramakrishna Math & Mission, has completed more than 120 years and continues to work towards his vision. Read about more them here.

I'm travelling for the rest of the week and will catch up with you as and when I can, but definitely once I'm back.