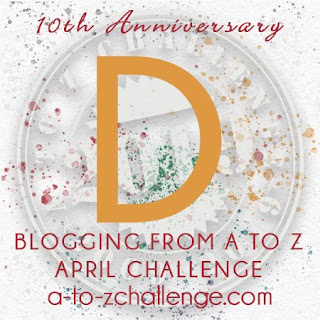 Anjan Dutta with 2441139 Bela Bose is today's first offering - Dutta was one of the artistes who was a key player in the alternative West Bengali music scene of the 90's. Bela Bose was part of his album Shunte ki chao (Do you want to hear) released 1994. Dutta is not just a singer/musician, but also an actor and film maker with multiple awards to his name.

And here's Dalchhut, a band from Bangladesh, with a very popular track called Baazi from their 2000 album Hridoypur. The lyricist and one of the founding members Sanjib Chowdhury, sadly passed away untimely in 2007. Bappa Majumdar, the singer and the other founding member, continues to pursue his career solo.

One of my abiding memories growing up was the all-night theatre-binges organised during the Durgapuja festivals every year. We watched plays staged on a temporary wooden dais  and came home only in the wee hours. For me and most of my generation who grew up without satellite TV, theatre is a recurring motif in the memory mosaic.

Theatre in Bengal has a very long and deep history. Bengali theatre evolved from a form of folk opera called Jatrapala (lit journey play) often shortened to Jatra. The first recorded performance of Jatra is of Rukmini Haran (The Abduction of Rukmini) on a night in 1507, the role of Rukmini - the abductee princess, was performed by none other than Sri Chaitanya Dev himself. Sri Chaitanya was a preeminent religious reformer and spiritual leader.  However, it is likely the origins of Jatra as a folk art form go back far more than 500 years. (Indian classical theatre dates back to around 5th century BCE. The translated versions of those Sanskrit plays are still performed today, in India and the West.)

Traditionally, Jatra was performed by travelling troupes of actors and entertainers in village squares and open spaces, the audience gathered around in a circle. The plot and characters were usually based on the religious epics, a smorgasbord of music and dance and recitation, dramatic monologues and dialogues. The narrator was often Bibek (Conscience) or Niyoti (Fate). There were no props or sets, but costumes and sometimes masks. The actors entered and exited through the audience, there was no separation between the performers and viewers. Women did not perform, therefore all female roles were played by suitably clad, cleanshaven men. This remained a much-loved form of entertainment and its popularity rose to a peak in the 18th /19th centuries with the rich landed gentry of Bengal being major patrons.

Modern interpretations of Jatra still exist, there are some 50 odd troupes living by their art in the Jatra Para of Kolkata. The combined output of this tiny entertainment industry is about USD 2-2.5 million every year. However, the art and artistes both are under threat from TV and cinema. The demand for Jatra performances is mostly from rural audiences, the urbanites being too refined for the loud acting, melodramatic diction and exaggerated makeup characteristic of the form. Demand is also highly seasonal, restricted to the period between the autumn festivals and spring. Naturally, nothing open air can be performed during the summer and monsoon months. Click here to read about the fortunes of some once famous Jatra artistes.

With the coming of the British colonialists in the 18th century, the entire Bengali society was upended. The traditional mythological plays no longer resonated with the audiences, exposed, on the one hand, to Western ideas and oppressed under their rule, on the other. As with other things, theatre in Bengal diverged from Jatra soon after the British entered the scene. On 27th November 1795, the curtain was raised in Kolkata on a production of a Bengali play translated from a comedy by Richard Jodrell. With an ‘all native’ cast and a Russian producer. This was the first time a Bengali play was performed on a proscenium stage – where the actors faced one way and did not move around to entertain a 360-degree audience. By 1865, Dhaka had acquired the first proscenium stage. By the end of the century the front facing stage had percolated to smaller urban centres like Barisal in present day Bangladesh.

As the British colonised Bengal, Bengali poets and playwrights such as Michael Madhusudan Dutt experimented with Western dramaturgy and wrote farces such as Ekei ki bole Sabhyota! (So, is this what’s called civilisation!) in which he lampooned young people too keen to ape the West. Socio-economic conditions and British atrocities wound their way into plays like Neeldarpan by Dinabandhu Mitra – reflecting the plight of the indigo farmers and workers, predictably banned by the British authorities.

The European inspired proscenium stage came to the forefront in urban Bengal, while Jatra continued to thrive in the rural heartlands. The plays graduated to contemporary and socially relevant secular subjects. The front facing stage drove a wedge between the urban elite and the rural masses which have been diverging ever since.

By the early 1870’s Girish Chandra Ghosh had cofounded the first professional theatre troupe of Calcutta. He went on to write, direct and act in nearly 40 plays of his own and in many more written by others.

Rabindranath Tagore completely reshaped the theatre landscape of Bengal in the latter half of the 19th century. He adapted Western dramaturgy into a profusely musical and non-classical form of Indian theatre known as Rabindra-natya. Initially, limited to small invited audiences at Tagore’s residences, they were brought to the stage by Shombhu Mitra, another theatre pioneer, in the early 20th century.

By the 1940’s Bengali theatre, driven by the formation of the Indian People’s Theatre Association, a cultural wing of the Communist Party of India, had taken on political themes and was driving political awareness against British rule. Nabanna, written by Bijan Bhattacharyya, was set in a Bengal broken by the terrible famine in 1943, and performed by the IPTA artistes.

IPTA was disbanded soon after Independence in 1947, but the Bengali IPTA artistes formed their own ‘groups’ and carried on. Prominent among these were Utpal Dutt, Shombhu Mitra and Ajitesh Bandopadhyay - said to be the holy trinity of Bengali theatre.

During the 70’s, Badal Sarcar took Bengali theatre from the proscenium stage back to 360-degree audiences through street theatre, in a Bengal heaving with political unrest and the Naxalite movement. His plays remain the most translated/performed worldwide among all Bengali playwrights.

The Indian economy was liberalised in 1991 followed by the privatisation of TV channels. The entire entertainment scenario of the middleclass Bengali changed practically overnight and predictably, theatre declined. However, there remains a core group of diehard fans among the audiences still, and Bengali theatre still caters to them.