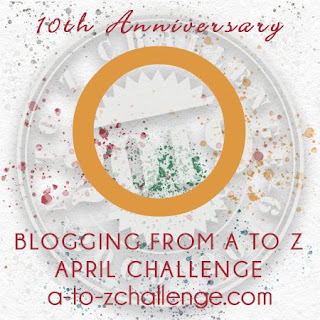 To start off - Office Time from popular Kolkata band Chandrabindoo, singing live in concert in Bombay.

Next I have for you, Oirabot - a band from Bangladesh, singing Ami Banglae Gaan Gayi (I sing in Bengali) as a tribute to the Language Martyrs.  A part of the video is shot at the Martyr's Monument in Dhaka. You've heard this track in this series already by Poulomi Ganguly, this rendition has a slightly different vibe, slower but more urgent, take a listen -

The following track - Majh Rate Chand Jodi (If the midnight moon) is also by a Bangladeshi band, called Obscure. The band was formed in the 1980's, the track is from 2017.

This last rather cute number -  Rajkumari (Princess), is by Orbachin, a very young band from Dhaka, Bangladesh, formed in 2012. Fresh voice and a catchy tune.

Remember how the Bengali is obsessed with food, especially fish? Sweetwater fish is a Bengali staple, served everyday in all households that can afford it. But there is one fish species that lives in the oceans that is a Bengali delicacy, known as Ilish in Bengali and Hilsa (Tenuarosa illisha) otherwise. Ilish is a premium fish, rich in Omega-3 and a range of health benefits, which the Bengalis haven’t cared a hoot about all these years but have happily binged on - across West Bengal and Bangladesh. All Bengalis, from East or West Bengal, of every stripe, of any faith, are united in their passion for this sumptuous of all fish - the Ilish.

There are reportedly 50 different ways to cook it – curried in a paste of mustard and coconut, or plain mustard, or yoghurt, or simply flavoured with a tempering of nigella or cumin seeds and turmeric. Ilish roe is fried and served as a side dish, it is considered the caviar of the tropics and a delicacy in its own right too. There is a story about a ruler - Raja Ashutosh Roy of Cossimbazar going on a hunt to kill a man-eating leopard, who told his queen to prepare an Ilish dish for his return, something special to celebrate the kill. While the Raja was away, his Rani simmered an Ilish in a gravy made of coconut milk, honey, lemon juice and yoghurt, and called it Madhu Malai Ilish (Honey-creamed Ilish).

Bengali women, noble and common, have cooked Ilish into rich rice dishes (Ilish Pulao) with cashews, raisins, ghee and sweet spices like cardamom, cinnamon and cloves; and they have wrapped it into a Paturi - in banana leaves with a glug of mustard oil and paste, chillies and turmeric, thrust directly into a coal fired stove and slow cooked it to melt-in-the-mouth perfection as the embers were dying.

There are special Ilish festivals across eateries in Kolkata during the season, to which  vast numbers of people flock. Not just in restaurants, there are open air fairs dedicated to the fish too, where temporary stalls dish out Ilish prepared every which way.

When the Bangladeshi Prime Minister Sheikh Hasina visited the 13th Indian President Pranab Mukherjee, who happens to be a Bengali, she brought Ilish as a gift and reportedly took over the kitchens in the Indian Presidential palace to cook Bhapa Ilish (Steamed Ilish) personally for him. In other words, there is no end to the Ilish obsession.

Ilish is the national fish of Bangladesh and the country has a share of  65% in the total annual catch worldwide, around 400,000 Tonnes annually. Myanmar (Burma) is the second largest producer with 15% of the catch. Ilish alone contributes to around 1-2% of Bangladesh’s GDP. The exports are to India and the Bengali diaspora worldwide. Across West Bengal and Bangladesh, there are around 5 million people who make their living from fishing and trading Ilish. Not a cushy life being a fisher of prized fish, they make a measly sum from netting a product that sells to the final consumer for a price premium of four-five, sometimes even ten times. The ones who supply the most expensive fish to the tables of the affluent live in abject poverty themselves. Here’s a short film on the Ilish people below.

The Ilish is an anadromous species, like the salmon, living in the oceans and swimming back upriver hundreds of kms to spawn. Because of this, Ilish cannot be reared commercially and must be caught wild. Though the Ilish has been researched for nearly a century, its biology and migration are still not fully understood, therefore making it difficult to protect spawning grounds especially in West Bengal. There is a history of Ilish migrating as far north as Allahabad (800 kms from Kolkata) but this hasn’t been observed for many years now. The damming of rivers in West Bengal in the 70’s had an adverse impact on the migration routes.

In the past, it was traditional not to net fish smaller than 10 inches. There were religious taboos placed – in Hindu households, no Ilish was consumed after Durga Puja in autumn, till the spring festival of Saraswati Puja, a gap of some 4 months, allowing the fish to grow, mature and reproduce. But with rising disposable incomes and more liberal, modern lifestyles those old fashioned restrictions have become merrily ignorable. Even as the price has spiked, weirdly so has the demand, in turn luring mechanised trawlers into the Ilish business. Overfishing at the estuaries, where the deeper and finer nets deplete the wild stocks indiscriminately have meant less and less Ilish are found upriver. In the absence of mature fish and adequate stocks, fishing communities upriver in Bengal and Burma are forced to net the juveniles and those with roe.  All the countries involved have fishing bans during the spawning and growth seasons, but enforcement is another matter altogether. Besides, fisherfolk are quite aware of the dangers of netting immature fish  - that stock depletion does them no favour, but today’s immediate starvation crisis takes precedence over tomorrow’s. Bangladesh has been more successful with the bans and also established Ilish sanctuaries about a decade ago and has seen increases in its stocks.

River pollution and climate change have also added to the complications. Some experts have voiced concerns about Ilish reaching maturity early –  fish less than 7 inches have been observed to carry roe. This could be a result of chemical pollutants or global warming, or even a behavioural change in the face of decreasing populations. What is clear is that irresponsible consumption and overfishing are pushing the Ilish to the brink of extinction, and the five million people who make a living off it are at risk of losing their livelihoods. Bengalis, please note.  Read more about the Ilish and overfishing here and here.