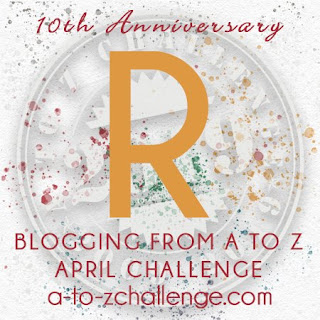 The reading’s a bit heavy today – so a wide selection of music to balance things out. Here, fortify yourself first with this number from Bangla rock band Redemption -


Next  there's Rockstrata with Aartonaad (Scream). Rockstrata was a Bangladeshi band and a trailblazer, they pioneered the heavy metal movement in Bangladesh in the late 80's and came together again in the 2010s. Enjoy!

Bengali is a language with  strong diglossia, which means that the written and spoken version are markedly different. The written version is standardised to Modern Standard Bengali which is the variant spoken in Nadia district of West Bengal, this emerged during the 19th and early 20th century and is the literary form used across West Bengal and Bangladesh. The spoken dialects however, are many and vary across regions, so much so that a resident of Dhaka might speak a dialect that may not be easily understood elsewhere.

The following title is sung in the dialect of Chittagong by Renaissance, again from Bangladesh. Btw, I can’t follow much of the lyrics but hey, language is no barrier to enjoy music, right?


Anupam Roy is a very popular, multi-award winning singer-songwriter-composer from West Bengal. He sings Audbhut Mugdhota (Strange Fascination) here from an album called Dwitiyo Purush (Second Generation). He has worked extensively in films as well as his own indie music.


And finally, here is the much respected singer Rezwana Choudhury from Bangladesh singing a Brahmo hymn. She's well-known across the world among the Bengali speakers everywhere as a Rabindrasangeet artiste. This is a separate and huge genre of music/songs composed by Rabindranath Tagore, who is the single most influential literary figure in Bengali, Shakespeare’s Bengali counterpart. He wrote some 2000 songs (apart from a whole heap of poetry, novels, musicals, short fiction, essays and a huge bunch of letters. Driven, man!) which are collectively called Rabindrasangeet.


Originally these songs were accompanied with a harmonium, flute, tanpura (Indian strings) and tabla (Indian drums) maybe cymbals. Nowadays, there is a shift to a fuller orchestra, the above is a fusion version with western elements. Some people like that, the purists don’t, much controversy and hou-ha. I’m okay with both versions so long as the song lyrics aren’t interfered with and sung right. This is actually a lovely version and I can't think why anyone should be kvetching.

It would be remiss to close today’s session without a mention of Rajanikanta Sen (1865-1910), he is famed particularly for his devotional and patriotic songs.

The Bengal Renaissance refers to a period spanning the 19th and the early 20th centuries, when Bengal underwent a monumental change in every sphere, intellectual - arts, music, literature, social and religious. This shift and the resultant flowering in the cultural life, and radical social reforms were centred around Calcutta, seeded by some prominent Hindu families/personalities.

Many historians characterise the period as being bookended by Raja Ram Mohan Roy (1775-1833, and isn’t he just the perfect gift for the A-Z??) and Rabindranath Tagore (1861-1941). In between came some serious luminaries – Ishwar Chandra Bidyasagar, Bankim Chandra Chatterjee, Keshab Chandra Sen, Ramkinkar Baij, Abanindranath Tagore, Jagadish Chandra Bose, Prafulla Chandra Ray, Sayendra Nath Bose, Vivekananda, Sri Aurobindo, Kazi Nazrul Islam, Roqueya Begam and gazillion other giants – revolutionaries, orators, scholars, philosophers, artists, litterateurs, scientists, mystics, musicians, newspapermen. By the time they had finished with Bengal, nothing in the Bengali society remained the same, they touched every aspect with their prolific output and sweeping ideas. What and why and how did all this happen?

Remember the Battle of Plassey? which Robert Clive of East India Company won and subsequently the Company was given rights to land revenues in and around Calcutta.  By 1765 the British had deposed the puppet rulers, bagged a permit from the Mughal Emperor in the Treaty of Allahabad, and became the imperial collectors. Effectively, they assumed direct control of the Bengal Subah. A process of modernisation started – laying down roads, putting in place a bureaucratic framework, setting up courts, assembling an army and police, all the things required to run a civil administration. The Asiatic Society was formed in 1784, with exclusively European members in its initial years, for oriental studies; it collected and translated a massive number of old Sanskrit, Arabic, Persian, Hindi and Bengali manuscripts. The Fort William College was established in 1800 to train British officials in Indian languages. It had some of the best contemporary linguists and scholars in its various departments – both British and Indians. As a spin-off, Bengali (which was not formally studied then by native speakers, as their focus was on Sanskrit and Arabic/Urdu/Persian) got its first grammar and dictionary.

Back in Britain, the East India Company Act 1813 charged the Company with educating the Indians and allocated a specific budget for it. Christian missionaries arrived in Bengal. And the first European style, degree granting universities in all of South Asia, the Serampore College in Srirampur and the Hindu College in Calcutta were established in 1817. English medium schools were set up. Job Charnock’s Calcutta, the British-developed settlement around Fort William, evolved into a major business, administration and intellectual hub. And a class of progressive, cosmopolitan Bengalis, educated in English, exposed to Western ideas, widely-travelled and well-read, emerged as a result and kept the momentum going.

These five factors then – British Orientalism, English medium education, Christianity, British-Bengali commerce, and the warm Bengali response itself - catalysed the changes in Bengal and brought about the Renaissance.

It was the first region in India, perhaps all of Asia, to have its entire culture metamorphosed through East-West interactions. For around a century, Bengal led the rest of India – in a profusion of art and literature, in social reform, in political thought, in trade and commerce, science and technology. Existing orthodoxies were questioned and discarded or modified. Caste taboos became blurrier, widow remarriage was promoted, the horrific practice of  sati – the forced immolation of widows at their husband’s funeral pyre, was abolished, women’s education was initiated. An entire parallel movement in religious reform sprung up in the form of the Brahmo Samaj, though it never quite went mainstream. 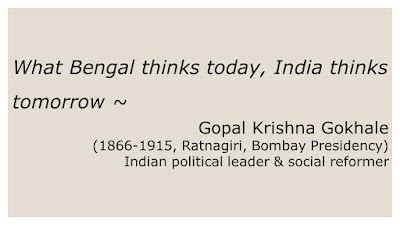 All manner of political discourse thrived – three major political parties of India are connected to Bengal. The first president of the Indian National Congress was a Bengali, Womesh Chunder Bonnerjee, and in the years till independence, another 13-14 Bengalis served in the same office. Shyama Prasad Mukherjee was the founder of the present day Bharatiya Janata Party, while Manabendra Nath Roy founded the Communist Party of India.

In 1857 – a hundred years after Plassey, the Bengal Regiment rebelled against the British – Bengal and parts of the North were mired in a terrible year-long, bloody conflict. When the dust finally settled, the Bengali-British honeymoon was over, a serious rift had developed which, down the line, widened into the freedom struggle. The stances on both sides had hardened – no one can engage in a violent conflict and come out the other side undamaged. The British Crown took over the administration of India. However, this watershed event intensified the Bengal Renaissance, it focussed nationalism and spiked literature, drama and music in particular, to a heightened efflorescence.

Why did the Renaissance happen in Bengal and not elsewhere? After all, the British had control over Madras Presidency and Bombay Presidency also. They established courts, schools and universities everywhere, not just in Bengal. The first English medium school was actually not in Bengal but in the south. Christianity had come to the southwest coast of India long before the missionaries landed up in Bengal. In fact, the British themselves had made landfall first on the western shores of India, their first factory was at Surat, not Bengal. So?

It has a bit to do with Bengal’s history and to do with Bengal’s geography as well. The region was far across the Gangetic plains, crisscrossed with innumerable streams and rivers, the vegetation dense and impenetrable at places, boggy at others. The tides washed in and out in ferocious bores and made river navigation scary for strangers. Therefore, unlike Delhi, Bengal was not repeatedly invaded, sacked, plundered like the northern regions were. It remained secluded from the mayhem going on in the north for long periods.

Bengal was also major centre of Buddhist learning – consider this, Ancient India had 8 universities; of those numbers, only 2, Taxila and Valabhi were in the north, in modern day Pakistan and Gujarat. The rest, Nalanda, Vikramshila, Somapur et al were all in the Delta region.  The Buddhist kings – the Palas and the Senas,  encouraged and fostered a climate where books and learning were valued. Bengal drew students from the far east as well as Buddhist pilgrims. It was an entrepot in the silk route and was a trade hub long before the Europeans came. As such they were exposed to foreigners and multicultural environments.

Bengal also had a history of religious tolerance. For instance, during the rule of Alauddin Hussein Shah (reign 1494-1519) he had the Sanskrit epic Ramayana (considered sacred to the Hindus) translated to Bengali. He left the Bhakti movement saint – Krishna Chaitanya (1486-1534)  free to preach among his large number of followers. Most Muslim rulers had Hindus in prominent positions in their administrations and waived the jizya, the tax extracted from a non-Muslim. Hindu Khatris generally acted as bankers and moneylenders throughout the Mughal Empire. Muslim and Hindu Bengalis shared a composite culture with a few points of divergence such as food habits. Note that in 1857, Muslim and Hindu soldiers jointly rose up against the British.

Finally, the priestly caste, the Brahmins, were not a dominant population in Bengal. It is said that the Kayasthas, the scribes, made up most of Bengal, therefore it wasn't a caste-ridden, orthodoxy-crazed society to start with.  King Ballal Sen  invited some Brahmins from Kannauj to come settle in his kingdom in the 11th century and thus spiked the orthodox practices. However, Bengali Brahmins did not follow vegetarianism as did Brahmins elsewhere in India, and they still don't. Both Chaitanya in his preaching and Fakir Lalon Shah in his songs advocated strongly against casteism, so the dialogue had been on-going since the 15th century.

In short, when the British-Bengali interactions seeded the Renaissance, the ground was already prepped and fertile.