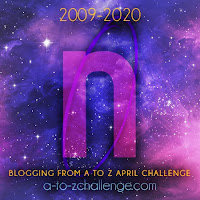 Today I have Nalaayak for you, a young band formed in 2015 in Chandigarh in the North, with a number called Zindagi -

And then we have the veterans Sonu Nigam and Ila Arun combining popular and folk music from different regions of India in these two tracks from the  90s. 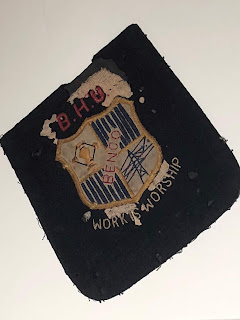 This navy blue pocket insignia of the Benares College of Engineering is my 'object' today. It belonged to my late father-in-law, who grew up in North India and was a top ranking engineering graduate of Benares Hindu University. He joined the Navy thereafter and served for over two decades.


I regret now that I didn’t ask him more about his travel and service experiences when I had the chance. He was a taciturn gentleman but liked explaining the technical details of insignificant things. Also a serious DIYer and a collector of ships' clocks. I had once asked how time is calculated/adjusted on board as ships move in international waters from one time zone to the next, he had explained it in an amazingly minimal wordcount. He had seen much hardship, in and out of the Navy and had this spare, stoic dignity that is becoming rarer in my world. This one is dedicated to his memory and to all the brave men and women who keep us safe. Today I’m talking about the Indian Navy and India’s maritime history.


The true north of every history in India is the Indus Valley Civilisation, and maritime history is also no different. The first evidence of maritime activities in India goes back 4000+ years to a place called Lothal in Gujarat.  The earliest evidence of shipping lies there in a dry-dock, which for a long time some archaeologists pooh-poohed as just another irrigation channel. But the presence of marine fossils found later proved its function conclusively. Then there are the IVC seals found in Mesopotamia, some of them in the local museum here are proof of the trade relations between the Indus Valley Civilisation and Dilmun, as Bahrain was then known.

They also used an iron fish suspended in a bottle of oil as a crude compass. The Rig Veda, likely composed around 1500 BCE, has references to ships and sailing as well.


Fast forward a couple of millennia to the Common Era and we find goods from the Indus Valley being traded in Rome and Egypt. After the Greek expedition to the subcontinent, maritime trade which was already strong between the IVC and Middle East, got a massive boost and reached further west. The Greeks and then the Romans opened up  the Red Sea ports to trade with the West Coast of the subcontinent.


From Roman records, we know that they imported tigers, rhinos, snakes and other animals to use in the circus. They also imported less exotic items such as spices, herbs, fruits and textiles. Strabo, the geographer and historian, writes that he saw 120 ships at a Red Sea port ready to leave for India. There were Indian merchants in Alexandria, as there were Christians and Jewish settlers of Roman origin in the subcontinent long after the Roman Empire fell.

Another early settlement on the East coast in Odisha dated to around 2300 BCE, shows evidence of iron use by 900 BCE and has thrown up tools for boat building. Fish bones, fish hooks, barbed spears and harpoons  have been discovered. Obviously, fishing was important to these people. (Incidentally, fish remains a staple on the east coast in modern India too!) Some artefacts found at the site are similar to those found in Vietnam, possibly an indication of early Indo-China trade. So we have ships sailing from both the west and east coasts of the subcontinent, starting in the 3rd millennium BCE and coming right through to the Common Era. Thus the roots of the Indian sailors and maritime merchants go back a very long way indeed.


In the 4th century BCE, after Alexander had turned back, the Maurya Empire, the first Indian one of such huge proportions and significance, rose under Chandragupta Maurya and his mentor Chanakya. Chandragupta maintained a navy, but its role in independent warfare was minimal, it was more an auxilliary service to transport troops and materiel to land battles and to protect merchant fleets from pirates. Chanakya, in his general encyclopedia on how to rule, Arthashashtra, devotes many pages to warfare and war strategy, but hardly a line on the need for a navy. Remember that Chandragupta was the first Indian empire builder who took a leaf out of Alexander's book and maintained a standing army, but his focus on the navy was less emphatic. His grandson, Ashoka the Great, used his ships to send massive diplomatic missions to various parts of the world, east and west.


After the Mauryas, the Gupta dynasty expanded India's maritime trade, with several ports being established along the coast. Chinese travellers came calling and sailed back aboard Indian vessels, recording the state of the industry. The  maritime trade was not controlled by any one single empire from the 6th century onwards, several powerful kingdoms in the south and in central/north India sent ships all over the Indian Ocean. Tamil and Sanskrit names and inscriptions have been found in  Luxor. It is also known that early in the Common Era, Rome received embassies from the South Indian Pandya kingdom. Indian shipbuilding skills by the 14th/15th centuries were robust, ships were built with compartments so that they could remain afloat if any one part of the vessel sustained damage. Once the Portuguese arrived in India, much of the control of the  maritime trade slipped from Indian hands. Though the shipbuilding skills remained, the focus had shifted to land forces and inland waterways.  The Mughal Empire did not maintain a navy and its ships were routinely pirated. The kingdoms on the western coast  did continue to pose a threat to European control, but were ultimately vanquished by the British.


The current Indian Navy therefore has its origin in the one created by East India Company. It was taken over by the British Crown in 1830. The Indian Navy of the EIC was renamed as Her Majesty's Indian Navy in 1850's. Over the next decade, it was reorganised into two separate branches - the Bengal Marine located at Calcutta and the Bombay Marine at Bombay. The protection of Indian waters had passed to the Royal Navy. By the close of the 19th century, the organisation became the Royal Indian Marine, which played a role in both the WWs. In 1941, the HQ of the RIM was moved to New Delhi where the command and control centre was. At the beginning of WWII the RIM had 114 officers and 1732 sailors.

In 1947, as India gained independence, Pakistan was partitioned out of India and the Navy too, was divided into two. Two thirds of the assets remained with India, the balance was allocated to Pakistan. In 1950, as India became a republic, the Royal was dropped and it became the Indian Navy my FIL joined and served a couple of years down the line.

Do you have a pile of questions that you wish you had asked an older family member who you no longer have access to? Do you enjoy listening to the travel stories from an age when sailing was more common than flying?