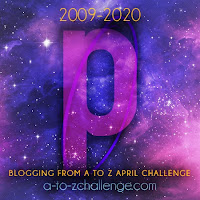 Long Post Alert! Stop wherever you want to...sections marked off for your easy cherry-picking :)

Parikrama is one of the pioneers of rock and roll - they've been at their music for nearly three decades. Here's they are with But It Rained -

Peepal Tree  with Rosha-e-Kaafile. It's worth mentioning that peepal is the Hindi word for the sacred fig, an actual species. So their name can be taken as it is, or as a pun - whateva...

And finally, a protest song that the recent people's movement against the Citizenship Amendent Bill has generated. I'm not getting into politics here - I have seen the explosion of creative expression that happens during political upheavals, once in Egypt and now in India, and I just love the outpouring of song, poetry, art and the super innovative ways people find to make themselves heard.

Btw, Poorna Swaraj means 'total independence' (lit complete self-rule) and this was the resolution adopted by the Indian National Congress at its convention in December 1929 so the title is a super famous slogan and an allusion from the Indian Independence movement. 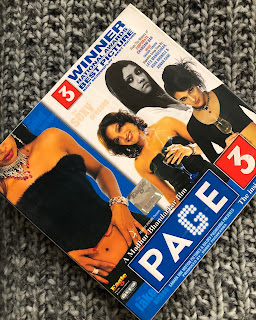 This 'object' is from my pathetically tiny collection of DVDs – an award winning Bollywood film, from a long-ago period when there was a player and a projector somewhere in my life. Maybe the collection is so puny because I've always been one for the big screen drama, the one-two punch of grand scale viewing, the glory of surround sound and its immersive power. This I've discovered, is a very Indian trait!


Most Indians prefer to watch films on large screens, be it in modern, urban multiplexes, or single screen theatres in sleepy rural backwaters. India has nearly 7000 screens countrywide, over 6500 of them single screens still. The total Indian box office takings are over INR 120 billion annually, with ticket sales being over 2 billion. Compare that to the 1.3 billion tickets sold annually in USA and Canada combined, the home of Hollywood, the big boss of the global film business.

India has a total of 22 scheduled languages, in fact the languages and dialects spoken in India can be a theme for the A-Z by themselves! Hindi, which is what Bollywood films are made in, is NOT the national language of India. It is one of the two official languages, the other being English. Variants of Hindi are spoken in roughly a quarter of the land area of India, by one third of the population – known as the Hindi belt or heartland. Mumbai (earlier Bombay) where Bollywood films are made, is actually not located in a Hindi majority region (go figure!), though migration has made it linguistically diverse and a fair chunk of the population speaks Hindi.

There are robust, regional film making cultures in Bengali (Tollywood), Malayalam, Telegu, Tamil, Gujarati, Marathi, and even Bhojpuri (spoken by only around 11% of Indians). Around 1600-1800 films are made annually in the country, Bollywood accounts for about 20% of them and is distributed through out India, in non-Hindi speaking states as well. The films are immensely popular in all sections of the Indian society as well as in the diaspora. Bollywood has the major chunk of glitz and glamour and the budgets, as well as takings in terms of ticket sales in India and abroad. And their influence is therefore disproportionate to that 20% share - Bollywood has now, wrongly, come to be synonymous for Indian films.

But Bollywood films are not the only way India has told her stories. Storytelling in India has deep and rich roots - films are just the most recent format for that art. The word for storyteller in many Indian languages is Kathakar (lit Katha=tale, story, word, kar=maker, arranger) derived from Sanskrit roots. These were a group of highly skilled, wandering artistes involved in religious storytelling. Over the centuries, each region of India developed its own traditions and communities of these storytellers. Fun fact - Kathakali, a south Indian theatre form, and Kathak, a north Indian dance, use the same root word Katha and have evolved into other forms of storytelling through performances.


Sanskrit, from which many Indian languages stem, had a flourishing literature as far back as 1500 BCE. This classical body of literature included plays, though none of them survives. The original formats were essentially an oral tradition for many centuries in India before they were written down, just as Greek epic poetry and drama were.  In the 4th century BCE,  when Alexander the Great came calling, one of the impacts was that classical Indian theatre absorbed some of the Greek elements. Panini, an ancient Indian grammarian of 4th century BCE, refers to Sanskrit theatre in his treatise. Then we have the definitive Natya Shashtra (The Science/Art of Performing Arts) written between the 2nd century BCE and 2nd century CE - a comprehensive encyclopedia of all Indian performing art traditions. The earliest plays that survive are dated from 4th century CE onwards, the most famous being Abhigyanashakuntalam (The Recognition of Shakuntala),  also translated and performed in the West.


The more immediate precursor of films is, of course, shadow puppetry - moving images on a screen to tell a story. Again, India has a super long history of puppetry and shadow plays. Mahabharata, an Indian epic composed in the 1st millennium BCE, has references to puppets. Since then a range of regional variants - string, rod, combos thereof, and hand/finger puppets, have evolved in different parts of India.


Shadow plays originated  also in the first millennium BCE. By 200 BCE, an ancient tradition of retelling the Hindu epics through shadow puppets had emerged in the modern South Indian state of Andhra Pradesh. A troupe of itinerant performers moved from village to village telling fortunes, singing, dancing and performing these religious shadow plays. Puppetry and shadow plays remained an important part of story telling till the advent of films and television eclipsed these artforms in the 20th century.


Coming back to Bollywood, not only does it produce the largest number of films globally, it is also the second oldest film industry in the world.


The first commercial screenings in India happened in Bombay in 1896, within months of the Paris screenings of the Lumiere and Robert Paul films which turned into an overnight worldwide sensation. Within a couple of years, a film made from stills taken at a show at Calcutta's Star Theatre, a documentary of a wrestling match, another film based in Bombay were made. However, these involved some foreign elements, either in shooting or processing.


The first full length feature entirely conceptualised, shot and processed in India, was made in 1913 by Dadasaheb Phalke. By 1902, a 'bioscope' company had been established in Calcutta, a string of theatres set up. India produced silent films, mostly mythological through the first decades of the century. The first talking film - talkies - entered the scene in the 1930s. Filmmakers broadened their themes to include social subjects in features. Annual film production climbed beyond 200 features. Colour was introduced in 1937, however, it did not become widespread till the 50s. Films continued to be escapist and reflected very little of the social turmoil of these times - the Independence movement, WWII, though one off features such as Mother India and Do Bigha Zameen created benchmarks and bagged awards at home and/or internationally.


Pre-Partition, the three main hubs of Hindi films were Bombay, Calcutta and Lahore. After the Partition, many artistes from Lahore and Calcutta migrated to Bombay, so that Calcutta became a hub for Bengali regional cinema, while Bombay took on the Hindi film production. Thus the borders of Bollywood hardened - films became more formulaic, focussed on feel good, escapist and simplistic story lines. Film music which was always an important part of Bollywood, drew the top poets, lyricists, composers and playback singers. Production increased in numbers and in technological slickness as years progressed keeping the formula aspect more or less unchanged. Hugely popular block busters were produced through the 40s, 50s, 60s and halfway through the 70s.


Then the political turmoil of the 70s India prodded Bollywood into the Parallel Cinema movement which had originated in the 1950s in Calcutta. And so the two bifurcated and existed simultaneously in Hindi movies - on the one hand the mainstream, commercial 'masala' or formula films, clichéd  romcoms, extravagant musicals. And on the other a small but meaningful body of work reflecting social realities of the time.

Sholay was out and out a commercial film, it followed all of those formulas that Bollywood and its billion fans loved. It glorified violence. It had a double dose of romance, one of them never getting to a satisfactory conclusion. The two heroes were petty criminals, not upright squeaky clean citizen types, lovable rogues was the idea, fighting a battle for justice that the state couldn't, or wouldn't. A 'good' guy coming a cropper that audiences could weep buckets over. And a villain so nasty, so ruthless and so memorable that he seemed to occupy more screen space and mindshare than the protagonists.


The critical reception was dismissive at first, a mishmash Western in an Indian mileu is how one critic put it. But after a slow start, word-of-mouth got around and the audiences adored it. Not just the music but the soundtrack and dialogues were packaged into an album, like a radio play, and was lapped up by fans. Sholay held the record for the longest continuously running film from 1975 to 2001. It was adjudged an 'all-time-blockbuster' - among the top 10 Indian films of all time in a poll at the British Film Institute, and the best film of 50 years by the Filmfare Awards in India. One film industry stalwart said that in India, film history is divided into 'Before Sholay' after 'After Sholay!' It continues to run to packed houses even now wherever there is a re-screening.

If you had to choose one landmark film that changed your life/culture forever, which would it be? What are some of your favourite films? Do you watch films from countries apart from your own? Which?