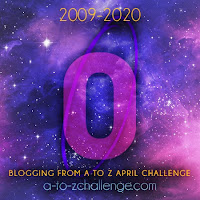 O Sanam- Sunoh is one of the most popular tracks that Lucky Ali ever sang - you've met him before, he's an artiste from the 90's a bit ahead of his time, some fans feel... have a listen. 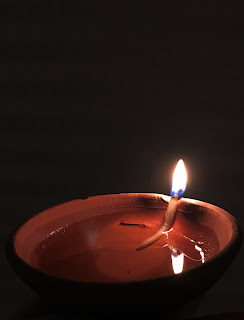 This is a terracotta oil lamp, known as a ‘dia’ (di aa) lit for a Hindu autumn festival in India which takes its name from the lamps. Deepavali (from Sanskrit deep=lamp avali=rows) often abbreviated colloquially to Diwali. India has around 288 million households, of which an overwhelming majority - 230 million are Hindu. But Hindus are not the only people to celebrate it, Sikhs, Jains and Buddhists observe it too. Therefore, potential lamp lighters at the festival are almost 85% of the population. Not everybody puts up these of course - candles, ceramic lamps and electric fairy lights offer more sophisticated options. However, even so, you can imagine how many millions of these lamps are produced by cottage scale industries for the seasonal demand. Some of them are painted and ornamented in various ways, some are left plain like this one. All of them look gorgeous beyond belief when lit.

Oil lamps are found in every ancient culture worldwide, and in many diverse forms. Pottery is one of the very earliest markers of humans, we made pottery before we learnt to make wheels or sow grains. India is no exception to this rule and there are oil lamps found on the Indus Valley Civilisation sites - here is one from Mehrgarh, now in modern Pakistan.

Lamps are part of the Indian worship rituals, many Indians (except the Indian Muslims) will light lamps at the home shrine for the daily rituals. They are not terracotta, more permanent materials are used - brass oil lamps are common, some are made of stone and I've seen ones made of stainless steel as well. The smallest ones can be just a couple of inches across. Temples normally use larger lamps made in brass. There are large ones used for the Ganga arati at Benaras every evening. Those are multitiered humongous pyramidal lamps with a hundred wicks! The largest temple lamp I know of is called Aaluvillakku in a temple in Kerala, it burns 1001 wicks and weighs 800 kg. Lamps are also lit for welcoming guests and to inaugurate festivals, personal and public. Oil lamp is a misnomer really in the Indian context, because the most superior fuel from the religious POV is ghee or clarified butter, not oil. But never mind, oil lamps is what the rest of the world calls them so I shall stick to that. And I've always used whatever oil I've at hand to light my lamps for Diwali, so...

Diwali is observed on a moonless night in autumn, exactly a month after the festival season in India is kicked off by the moonless Mahalaya night in Bengal or the start of the Navaratri in North India. There are many legends as to its origins. One of them being the triumphal return of the exiled prince of Ayodhya, Rama of the epic Ramayana, after vanquishing the demon king Ravana and freeing princess Sita, Rama's wife, from the demon's clutches. The people of Ayodhya were overjoyed to have their rightful king restored to the kingdom and lit lamps in welcome. There is another one about how Lakshmi, the Goddess of grace and prosperity, descends to earth on that moonlit light in autumn. She only enters homes that are lit brightly, so if a house remains dark she will not come in and the householder will have no spiritual grace nor material prosperity the whole year.  Other traditions associated with Diwali include that of gambling - because Goddess Parvati and her consort, Lord Shiva diced on Diwali night whereupon Shiva lost all his possessions to her one by one. So she decreed in high good humour that it was okay for her devotees to gamble on this one night of the year.

Like all festivals worldwide, Diwali is big business. Not just the sustainable, eco-friendly terracotta lamps which provide employment to many people in the small scale sector. There are bumper and mega Diwali sales, hampers, cards, corporate gifts. And a relatively modern addition is fireworks. Fun in moderation, but dangerous and not too nifty - too many accidents, too much noise and air pollution, too heavy a cost. A lot of sound and fury later, there are laws in place, but the observance leaves much to be desired.

Are there aspects of any festivals that disappoint you - commecialisation, noise pollution, crowding, safety issues, disruption of traffic? Or do you take it in your stride, it's a festival after all.