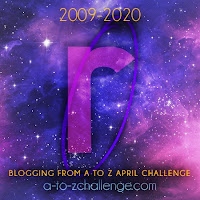 Starting off today with Ritviz...a young musician with a background in Indian classical gravitating towards EDM and hiphop. Followed by Raghu Dixit and then Roga Bolo Na from Chandrabindu which is the veteran band in this bunch. Have a listen. 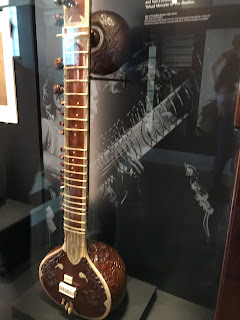 My object today is an uber famous thing that belonged to an uber famous Indian. This is Ravi Shankar’s sitar, kept in the Indian section of the Asia Galleries in British Museum in London. Pandit Ravi Shankar (1920-2012) took Indian classical music to the West and single-handed,  created the taste for Indian instrumentation among Western musicians and an ear for it among the audience. He has done for the Indian Raga system and the sitar what Swami Vivekananda did for yoga half a century before him. He was the driving force behind what we now call 'World Music.' Pandit Ravi Shankar had a list of awards a mile long, I'm only mentioning the Bharat Ratna (lit Jewel of India) which is the highest civilian award bestowed by India. And he won the Grammy five times including the Lifetime Achievement Award.  A rich legacy and a hard act to follow. His birth centenary has just been observed on 7th April 2020.


Ravi Shankar was born exactly a hundred years ago in the city of Benares (Varanasi) into a musical family, the youngest of five sons. He toured with his eldest brother, Uday Shankar's dance troupe when he was 10 and became their star performer by fifteen giving performances in various cities of Europe. He had a marked gift with the sitar, sarod (both Indian strings), flute and drums. When he was 18, he met Ustad Allauddin Khan, then the court musician of Maihar, a princely state in Central India. Ustad Allauddin Khan told Ravi Shankar bluntly that he had musical talent, but it was being frittered away, he needed to back up his performances with solid learning and dedicated practice.  Ravi Shankar gave up his Westernised, urban Parisian life and moved back to a mosquito and snake infested Indian village to train under the maestro for several years. He gave his first recital in 1939.


In the 1940's and 50's he composed the music for several notable films,  including Satyajit Ray's Apu Trilogy. He became the music director of All India Radio's first National Orchestra and continued to perform in India and abroad. In the 1960's the Beatles, particularly George Harrison became intrigued by the sitar when he saw it on the sets of Help! - their second film. He learnt the rudiments of it and introduced it in some of their recordings, the first being Norwegian Wood. He went onto record songs with a wholly Indian ensemble rather than his other bandmates shortly after.


Several other bands - the Rolling Stones, the Byrds, the Animals, also followed Harrison's example, though they didn't go as far as the latter did. Ravi Shankar also trained jazz musicians John Coltrane and Don Ellis in Indian music and composed for Indian-Western collaborations. He set up the Kinnara School of Music in Bombay early in the decade, and then took it to Los Angeles by the close of it.  Ravi Shankar performed to huge audiences at Woodstock and Monterey. He also created a musical partnership with Yehudi Menuhin which played at the UN General Assembly that year and went onto record albums. He won his first Grammy in 1967. The sitar had became immensely popular.


Throughout the later decades of the 20th century he continued composing for landmark films, electronic concerts, Western ballets and Indian sitar concertos. As his popularity exploded, several societies for presenting Indian music and world music sprang up, including the World Music Institute in New York, and it spearheaded the birth of a bustling world music industry. While the Western audiences took to him, in India his cross-cultural musical compositions were criticised as dilutions of Indian traditions in some quarters. Not all classical musicians approved of his connections with pop culture.

Ravi Shankar continued performing, composing and teaching right upto the very end of his life. He divided his time between Delhi and California. His son, Shubhendra Shankar, was also a musician but predeceased him. His daughters Norah Jones and Anoushka Shankar  are both very well known musicians in their own right. Put your headphones on for Pandit Ravi Shankar and Maestro Yehudi Menuhin playing together in this clip below -

Did you know the rock bands had collaborated with Ravi Shankar? Have you heard the sitar in Norwegian Wood? Do you like blended music or listening to music from other cultures?