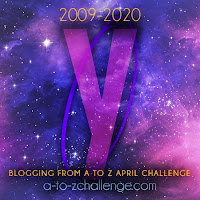 First I've a band called The Yellow Diary, relatively young, from Mumbai with a number titled Rab Rakha. Formed about five years ago and already making waves with their style of music which they dub poetry with rock. Take a listen -

Next is a band called The Yellow Bucket, yellow is clearly a popular shade with alternative bands, I know! I had no idea either! :)

And finally something a little different - the raga Yaman played on a guitar and accompanied by the traditional tabla. I found this rendition quite delightful. Enjoy!


Today my object is this pair of statues, the Yaksha-Yakshi pair guarding the entrance to the Reserve Bank of India in Delhi. This modern take on the two mythological characters was created by the father of contemporary sculpture in India, Ramkinkar Baij. You’ve come across his name earlier in my I-post.

The Yakshas (Yakshini and Yakshi are feminine forms) appear in Hindu, Jain and Buddhist mythology. They are nature spirits, usually connected to and/or guardians of water, trees, fertility, forests, treasure and wilderness. They are sometimes benevolent, at others quite dark. They are headed by a demi-god called Kubera who has untold riches and has a veritable army of Yakshas guarding them. Ramkinkar Baij has depicted his modern Yaksha holding a gear, a symbol of industrialisation, and a money bag. Yakshi, his sister, holds sheaves of grain and a flower, agricultural symbols - the two vehicles of growth for independent India, held by the guardians to its treasury. Neat, no?

These are humongous works of art standing almost 21 feet tall. The stone was sourced from the Shivalik range from the Kangra Valley. Drilling and transporting the stone blocks was a challenge, and so was scaling up the artworks from the maquette which was just three feet.  A team of Muslim stone cutters from South India worked on the stone blocks under Ramkinkar's supervision. (Remember that Shah Jahan had recruited temple-builder stonemasons for the Taj Mahal from South India too.) Read about the process of making the Yaksha-Yakshi here.


Ramkinkar Baij (1906-1980) was an iconic Indian artist of the 20th century and is considered the founding father of modern Indian sculpture. His oeuvre includes sculpture and painting, though the latter is not as famous as his monumental sculpted pieces.

Indian sculpture dates from antiquity and includes a complex free standing pieces, as well as others - glorious and intricate in detail, carved on places of worship or for propagating a message, sculpture often inextricably twined with architecture.  Stone and metal have survived better than other fragile materials. The oldest sculpture is the dancing girl from Mohenjodaro of the Indus Valley Civilisation. The IVC did not leave any traces of monumental, public sculpture, but the Indus folk made figurines in metal and terracotta which showcase a high level of artistic, metallurgy and pottery skills. Monumental sculpture had evolved by the time of Ashoka the Great around 300 BCE, as shown by the Lion capital. Indian art and architecture, including sculpture, assimilated Hellenistic influences after Alexander's campaign in 336 BCE.

Thought to be the object of popular worship, the cult of the Yaksha developed around 200 BCE where colossal statues of Yaksha figures were created. They often stood 2 m or higher and were depicted holding weapons and with a pot belly - the first anthropomorphic representation in Indian sculpture. The feminine, frequently voluptuous versions - the Yakshis and Yakshinis, were associated with children, fertility and nature. Not many survive intact, but the remains show Hellenistic elements in the drapery. The Yaksha figures are thought to have much influence in the later divine images and human figures in Indian sculpture. A famous one is from Mathura called the Mudgarpani or the Mace-holder. This is the concept that Ramkinkar Baij repurposed and blew up for the RBI statues in the 1950s.

Fast forward a few centuries and Indian religious sculpture of all faiths reached its classical golden age under the Gupta Empire in around 500 CE. Buddhist art developed a major focus on the figure of Buddha himself and some of the survivals show the sculpture evolving from deep relief to free standing images. Rock cut temple art also started off during this period and some have survived. Buddhist art was increasingly characterised by Stupas or relic mounds with complex sculptural elements.  Important ones include Sanchi, Amravati and Gandhara. Hindu and Jain art also flourished, and many Hindu temples were created in the classical age though survivals are not many. The Kushans commissioned royal portrait statues briefly in the 1st century.  Over the next millennium, many regional styles evolved and matured. As India fragmented into smaller kingdoms and empires, each left its own  mark on monumental and temple sculpture - Chandela, Chalukya, Hoysala, Kalinga etc.


Islamic rule in India started in the early years of the 13th century, but the early rulers were no great patrons, quite the contrary in fact. Islam forbids images, therefore many temples were destroyed in the early years of Muslim rule. Even the Mughals, who ended up being great patrons of art, tended to focus more on painting, calligraphy, literature and architecture rather than sculpture. Figurative sculpture took a back seat in the Mughal Empire, but continued in the South beyond the Deccan in the independent kingdoms there.


Things however, started to change with the arrival of the Europeans as the impact of the European Renaissance slowly percolated through them into India.  Wealthy Indians acquired European art and the common folk too got a taste for it through the European statues placed in public squares/buildings. Once the British took over the administration, they set up the first art school in 1850 in Madras (now Chennai). This was followed by art schools in Calcutta (1854), Bombay (1857) and Lahore (1875). The purpose was to essentially create art to cater to the European market, to send 'Indian' flavoured art 'back home.'  And so Indian sculptors started to blend elements of European art into their work, giving rise to what can be called Indo-European art, tackling essentially Indian subjects through the prism of European style elements. Some rebelled against this westernisation, but still could not break free of the influence of the art schools in their work - decorative, romantic but still tethered to the idioms of the past and the west.  Enter Rabindranath Tagore and Shantiniketan into this art environment in 1901.


Shantiniketan changed the paradigms both for education and artistic expression and broke away from the West-centric models. It laid down the foundation of modernism in Indian art. And it was to Shantiniketan that Ramkinkar Baij came to train in 1925 under Nandalal Bose. Read more about Ramkinkar's life and work over here.

Are there key personalities who changed the course of artistic expression where you come from? Who?