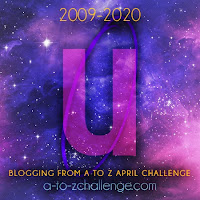 Underground Authority is an alternate rock band from Kolkata, formed in 2010. Their music has elements of reggae, rap and hard rock. Lyrics much influenced by protest poetry and anti-capitalism messages.

This next track called Ungentle is from Bhayanak Maut (lit Horrific Death). They style themselves as a hardcore death metal band - the number certainly lives up to its name!

Finally, this - the grandmother of all Indian music. Ustad Bismillah Khan (1916 - 2006) playing Raga Puriya on the instrument of his choice and mastery - the Shehnai, at a concert in London in 1993. Bismillah Khan is one of the cornerstones of contemporary North Indian Classical music. India woke to independence to the melody of his Shehnai - he played at the Red Fort on India's first Independence Day on 15th August, 1947. Ustad Bismillah Khan has given Shehnai recitals all round the world, I was fortunate enough to be part of the audience when he played in Bahrain in 2002. Ustad, btw, is a honorific meaning Maestro/Teacher used for Muslim musicians, similar to Pandit for their Hindu counterparts.

Raga Puriya is an evening/night Raga - the Indian Classical music system is based on Ragas/Raginis, which are specific melodic modes created by a fixed combination of notes in a certain progression and with emphases characteristic to that Raga. Each Raga is meant to evoke a certain mood and is played at a certain time of day/season.

But you don't need to know a thing about Indian Classical, or Ragas, or Ustad Bismillah Khan, to appreciate his expertise and execution and breath control, how he makes the Shehnai 'speak' and 'weep,' his consummate ability to transport audiences. Have a listen -

My object today is this image of a page, one of 70 preserved leaves of a manuscript of the Brihadaranyaka Upanishad. The original text is over 2000 years old, this particular recopying is dated to 1865 CE and is preserved in Lalchand Research Library, part of the Ancient Manuscript Collection of the DAV College, in Chandigarh.

The Upanishads are a series of sacred texts, which look beyond the simpler, straightforward sacred rituals the Vedas prescribed - the worship of nature, the fire sacrifices, the libations. There are four Vedas - the Rig, Yajur, Sama and the Atharva Veda. Each comprises of the Samhita, the songs, verses or chants, the liturgical exposition called Brahmana, and two addenda - the Aranyaka and the Upanishad. The Upanishads are, for this reason, also known as Vedanta (the end of the Vedas) and they propound the deepest metaphysical questions and theorise their possible answers. Together, they comprise the core belief system of Hinduism and the foundations of Indian culture in its present form.

Like the Vedas, the Upanishads are supposed to have been written around the 1st millennium BCE, but note that all these were transmitted orally for centuries before finally being written down. They are collectively known as the Shruti – ‘that which is heard’ not ‘PaThya’ or ‘that which is read/recited.’  Therefore, dating the Vedas or the Upanishads is notoriously difficult. However, early in the 21st century, some interesting geographical discoveries provide some thought provoking pointers.

In the Vedas, there is mention of a legendary river called Saraswati, there are some 30-40 hymns of praise to it as the ‘life-stream of the people,’ but such a river has never been located in India. It was assumed to be mythical, flowing through the present day city of Allahabad, which is the confluence of three sacred rivers i.e. the Ganges, the Yamuna and this legendary Saraswati, known as the Triveni Sangam (lit tri-stream confluence). In the absence of a physical river, Hindus have assumed that Saraswati was a subterranean one, that it flowed somewhere deep underground. Now, early in 2000s, satellite imaging showed a massive dried-up riverbed through the northern Indian plains from the Himalayas to the sea, in places several km wide. Fitted right in with the descriptions given the Vedas. The evidence also showed the river dried up around 4000 years ago. So the Vedas can safely be dated to a time prior to 2000 BCE.  They can also be dated by the contemporary celestial events which the Vedas recorded, and this gives a range of 3500 - 2000 BCE for the composition, with the Upanishads being composed later than the Vedas.


The original Upanishads were embedded in the Vedas and it was only in the common era that they were separated and combined together. They are not a single text, nor is their content a unified whole, though they do deal with some central themes.

Never mind the controversies about dating, what are the Upanishads all about? The Upanishads are characterised by a plurality of views and ideas, but what they are all pursuing is 'knowledge' - self-knowledge, mystical knowledge, philosophical knowledge and a rejection of blind adherence to rituals. They are the quest for the unheard, unknown and unfathomable, a search for the innate sense behind everything, the interconnectedness of the universe, the nature of soul, self and God. All the questions re the sequencing of eggs and chickens and why they cross roads, about the exact sounds of trees falling in empty forests. The meanings of freedom and of faith, and whether and how one nests into the other - I mean, all the big gun questions you can imagine. Scholars have opined that the Upanishads inspire a way of life  where liberation is achieved through knowledge.


They have profoundly influenced all aspects of Indian life ever since they were composed and continue to do so till date. Many of their philosophical concepts have been adapted for use in Buddhism, Jainism and Sikhism, the other religions which originated in the Indian subcontinent. Even Indian Muslims and Christians are not totally free of their influences. And not just India, but many of the precepts have found their way into other societies as well.


For instance, the concept of Ahimsa or non-violence is first mentioned in the Chandogya Upanishad. Ashoka the Great, a Buddhist emperor spread its message in the 1st millennium BCE in and outside India. And it was repurposed into civil disobedience by Mahatma Gandhi for the Indian Independence Movement in the early 20th century again. It has subsequently become a tool for activism right round the world. The doctrine of Karma is another principle which has gone global since it was first propounded in the oldest Upanishad, the Brihadaranyaka, a leaf from which forms today's object. Vasudhaiva kutumbakam, etched into the Indian parliament - 'all the world is one family' - a particularly topical proclamation right now bang in the middle of this pandemic,  is also a principle found in the Upanishads. In short, the Upanishads are the Ancient Indian counterpart to the 'Enquire Within Upon Everything' type encyclopedia, just that they are not limited to life on the material plane alone. Meditation, yoga, mindfulness, detachment, rebirth, what-goes-around-comes-around, charity, self and selflessness and many more such concepts first defined in the Upanishads continue to shape and drive Indian lives in ways minute and monumental.


If India can be utterly encapsulated by any one single thing, that is surely the Upanishads.


For those with knowledge of India, do you agree that the Upanishads  best sum up the country? If I were to request you to represent your country/culture for me in a single object, what would you choose and why?